“You used to take a drink made of roasted turmeric root. Once the turmeric was dried, I would grind it into a powder and combine it with milk.” 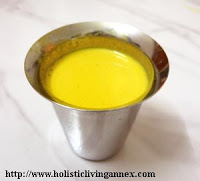 From the point of view of the interviewer, it is perfectly reasonable for Eastern medicine to be effective in curing common ailments. These remedies have been around for such a long time that there must be some base element of truth – or they wouldn’t be so strongly encouraged. The interviewer also concedes that it isn’t the best to take over-the-counter medication every time one’s throat hurts or they have a headache. In these cases, folk remedies provide the best application.

In popular culture, dance moves are all the rage. Popular, earworm-esque songs seem to produce dances that go alongside them more frequently than ever before. It is truly a testament to today’s youth and their creativity to make up and, more importantly, make viral these dance phenomena. Not everyone though is entertained with these seemingly childish forms of passing time. My informant, C, told me this when I, DP, asked him what he thought of these “folk dances” in a modern era.

DP: so how do you feel about these dances coming out from hip hop songs nowadays?

DP: what do you mean?

C: There’s no creativity. For example, take the Nae Nae.

DP: Man, the Nae Nae died out like 3 years ago, what more can you say?

C: Listen to this really quick: You do a hockey goalie stance. When the song says “watch me whip,” you will rotate and extend your right hand in front of you in a way that your hand goes from palmar to dorsal. When you “nae nae” you bring your right hand from the extended position, open hand, and bring it back and forth, allowing the motion of your arm to allow your trunk to move with it.

Jokes aside, this interviewer tends to agree with the informant. The merits of pop culture are definitely present, but when it comes to these repetitive and predictable applications like simple dances, they come across as contrived more than anything else.

*for another popular dance that has stemmed from a song, see Harlem Shake by Baauer*

This entry can loosely be described as videogame folklore. The interviewer (DP) and the informant, C, were playing a game called Super Smash Bros for the Wii, a widely popular fighting game with well documented analysis for every character, stage, and since two players tend to face each other from a list of characters, every potential matchup as well. The game is considered to be well-balanced to the extent that the player makes all the mistakes – the game is consistently precise and accurate. The game is played with 4 lives “stocks” and set to an 8-minute timer. The first to force their opponent to lose their stocks is declared winner.

during a casual, friendly game:

DP: Man I really hate the way Game and Watch plays [character in the game]

C: What do you mean?

DP: He’s just really janky. His moves come out on frames earlier than my character can put out moves. I’m honestly just losing because your character is carrying you, he’s broken.

The interviewer has a few things to say about this piece. It isn’t very common for both people in a collection setting to know equal amounts of the activity they’re describing, but this is a niche scenario where it happens to work out. The crux of this is the folklore behind the statement, “No Johns” which in communities that know about Smash terminology, is commonplace to those who are familiar with the term. No Johns essentially means “no excuses” and is an end-all-be-all phrase that is intended to stop further argumentation about the game acting as a hindrance to your ability to play. No Johns comes in as an ultimatum. The origin of No Johns, however is essentially a mystery. For reasons unknown to the smash community, the phrase originated around 10 years ago when tournaments were just beginning to start up, and it stuck. Perhaps there was a player who played under the tag John, who would have endless excuses as to why he couldn’t win, but as far as conclusive evidence goes, there is none.

Informant: P, the interviewer’s mother. She grew up in India and speaks Gujurati fluently, the language of origin of this proverb. Fluent speakers like herself still use proverbs in daily life whether in conversation or merely in passing.

Full Translation: If you come to my house, you’ll be welcomed, but if we don’t you can go on the road

The interviewer and his less than fluent knowledge of the language takes this proverb to mean, if one were to use a familiar version, “no hard feelings.” The full translation of the proverb into direct text makes it seem much more terse than it is intended to be.

The interviewer, D, asked a group of friends what the craziest story they had heard of was, specifically regarding how two people met. His friend, C piped up with a story he heard that he acknowledged was pretty outlandish, but nevertheless told D his recollection. This story was told to him by his cousin initially.

“My cousin loves telling this story – I really doubt if it’s true but if it is, it’s really creepy. Supposedly two people, a guy and a girl, dated a bit when they were in high school or in college. I guess the age doesn’t really matter here, but the point is that it didn’t work out for them and they broke up as most young relationships tend to do. My cousin’s friend was the guy in this scenario. Apparently he had always treated this girl as the one that got away for him so he made it a personal goal to one day end back up with her.

Many years later, my cousin checks back up on his friend through facebook and finds out that they’re dating again. I guess it really isn’t that odd that some couples end up dating again but my cousin was curious because of the goal his friend had set for himself. He asked around and apparently his friend had set up some elaborate scheme where he befriended the girl’s best friend to slowly keep tabs on his ex. His friend also found out that she moved across the country and actually used his work days off to take “vacations” in the town where he knew she was living in. I guess over some time of continuing to do this he coincidentally just happens to bump [interviewer notes some sarcasm] into her seemingly out of the blue. He slowly reincorporates himself into her life and my cousin swears they’re married now and the dude never really let her get away. Kinda creepy if you ask me.”

Interviewer: “Do you think your cousin’s telling the truth, or more importantly, do you think something like this happened?”

C: “Nah, I don’t really pay much attention to what my cousin says [laughs]. Seriously though, the story is just vague enough to where it resembles a “it could happen to anyone” type of situation, so no not really.”

The interviewer attributes this story as nothing more than an urban legend of sorts. In a day and age where technology is increasingly able to pervade one’s daily life, this type of story becomes believable. Had someone thought of this story, say 20 years ago, it wouldn’t have received the traction it has now.