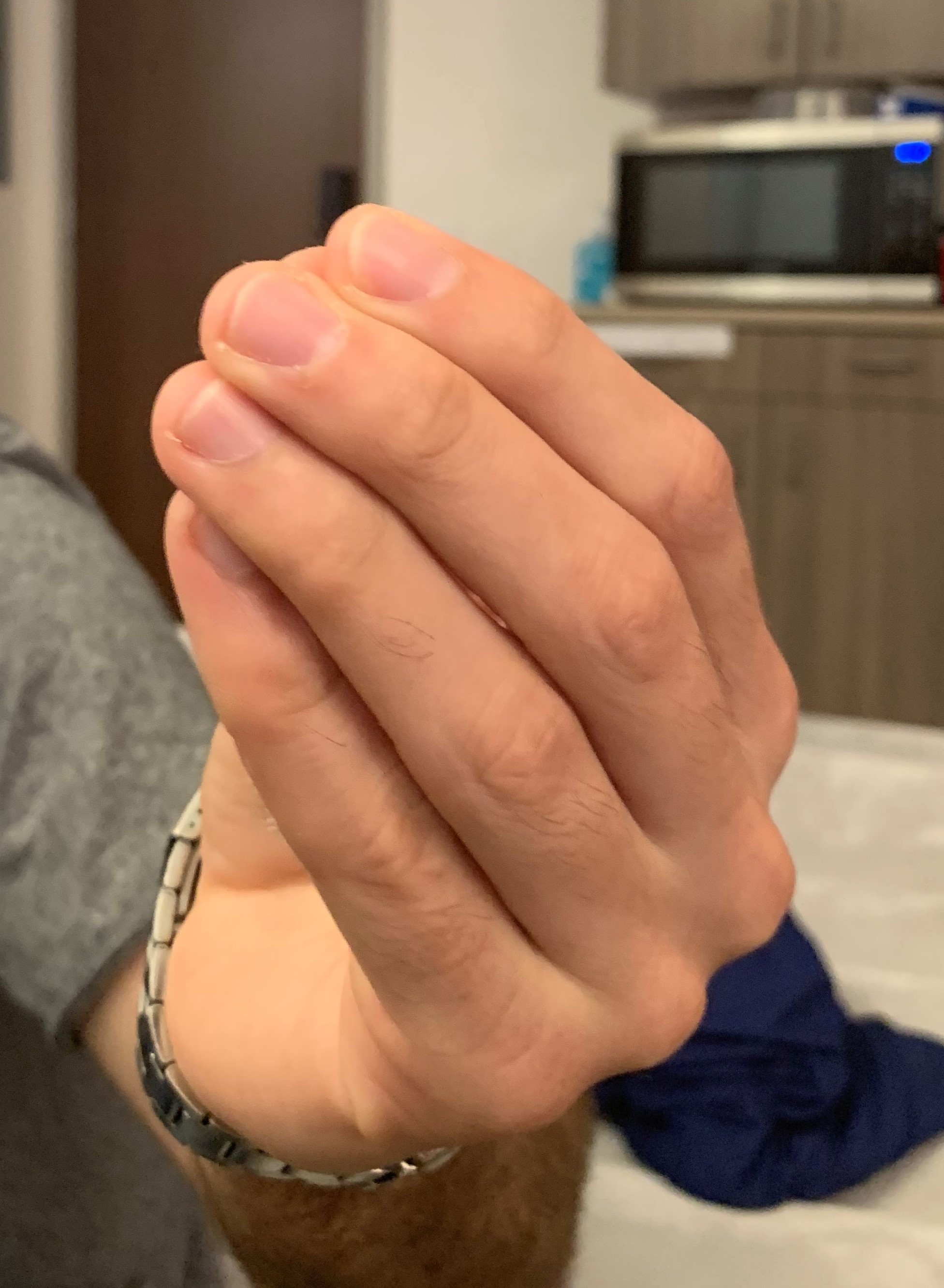 Abstract: The hand symbol/gesture in discussion is telling someone to hold on/wait a second in a semi-aggressive manner.

Background: KP is a dual citizen of the United States and Israel, but spent his entire life growing up in Israel. Both of his parents are American. He grew up in a Jewish household and learned both Hebrew and English at the same time. He served his mandatory three years of service in the Israeli Defense Force from the age of 18 until the age of 21 as a combat soldier. This particular piece of folklore was brought up on a visit to Israel. When trying to get someone’s attention they gave me the symbol with their hand. I was very confused and asked KP about what it meant. He gave me a short version there, but when he came to visit America, I questioned him about it further. He can not trace it to a certain origin, but grew up using it and understanding what it meant.

The hand gesture is made by a person, when they are busy, towards someone else that is trying to talk them or get their attention.

S: Is it made it in a nice way or is it aggressive?

KP: It’s slightly aggressive. If, um, I am annoyed at someone, I will do this as a way to get them to shut up and stop bothering me. But, for the most part, people understand it means wait and they don’t really get too mad.

Interpretation: When someone first made this signal to me, I thought it was a way of saying “screw you” or to kind to, ya know, “[expletive] off.” So, naturally, I just did it back in a joking manner, and all of the Israelis on the trip laughed at me because they knew I obviously did not know what it meant. I had been accustomed to someone holding up a single index finger when they wanted me to wait a second. In addition, I had always seen my mother give “the hand” aggressively out of pure anger to someone while she was driving which looked exactly like this gesture. In my mind, I had been told to very aggressively screw off. In Israel, it is not as aggressive as much as it is a way to let someone know that you will be with them in a second. The reason for having this hand gesture is to be able to tell someone to give you a second without stopping the conversation and losing track of what is being discussed.