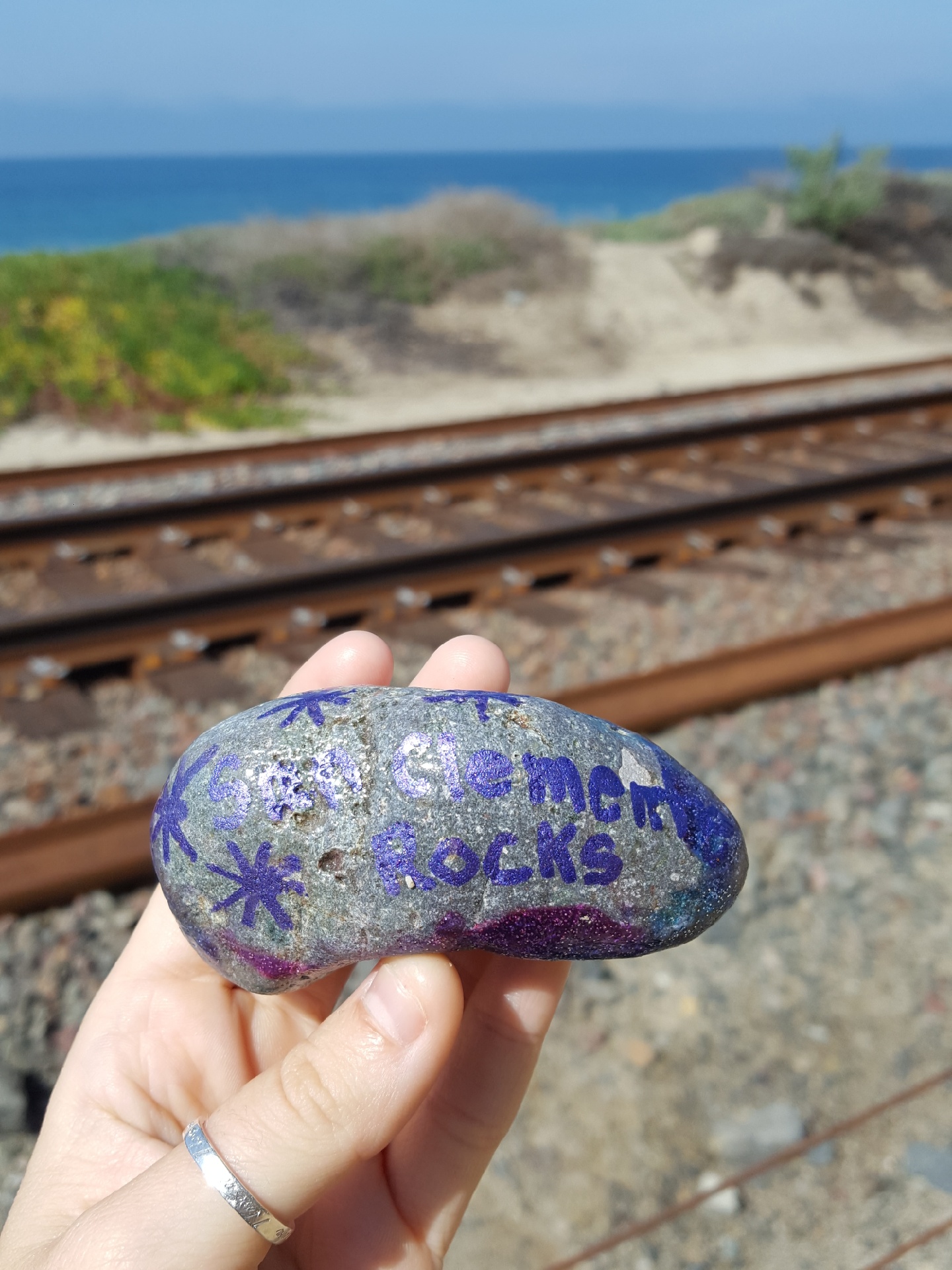 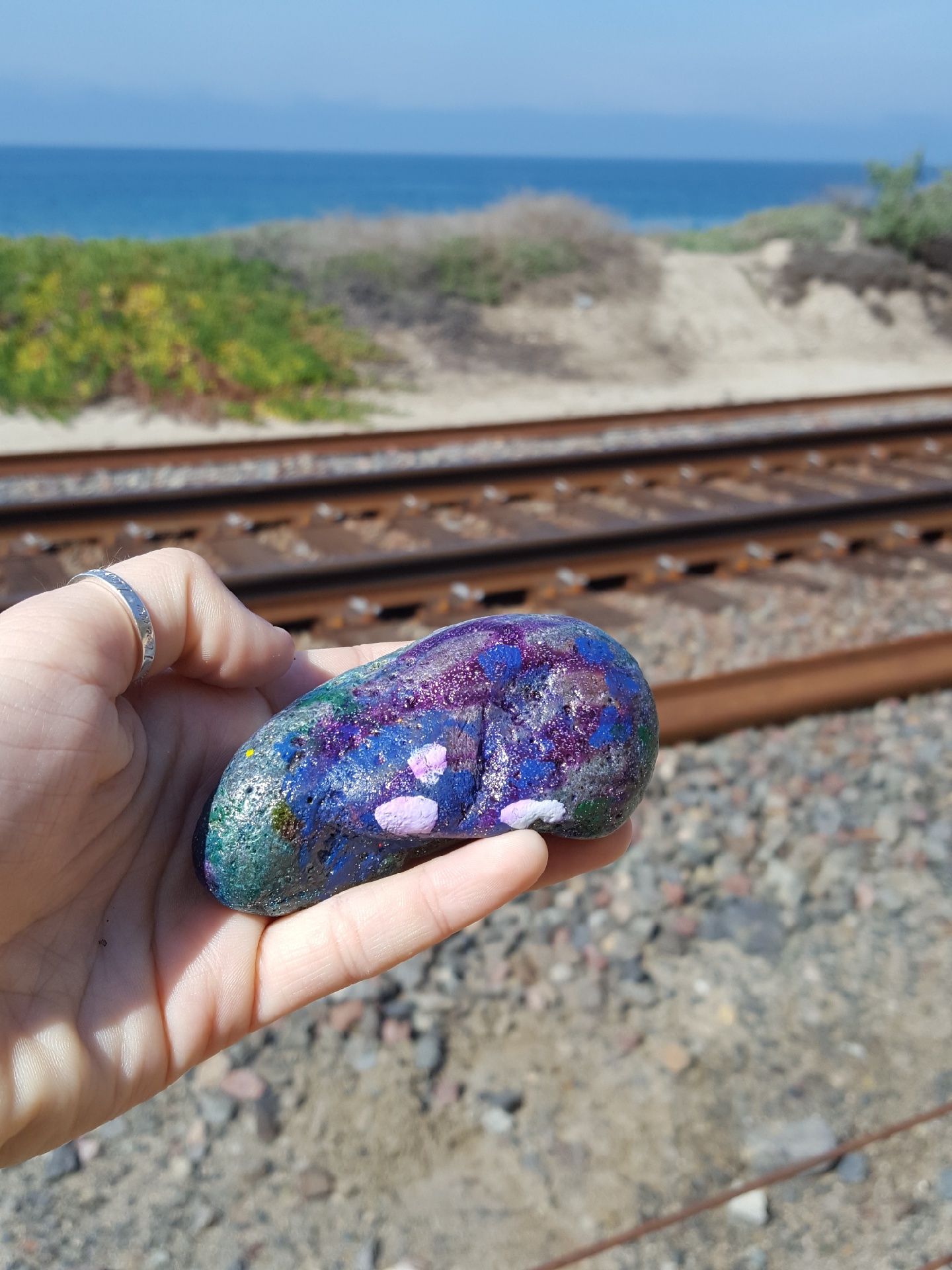 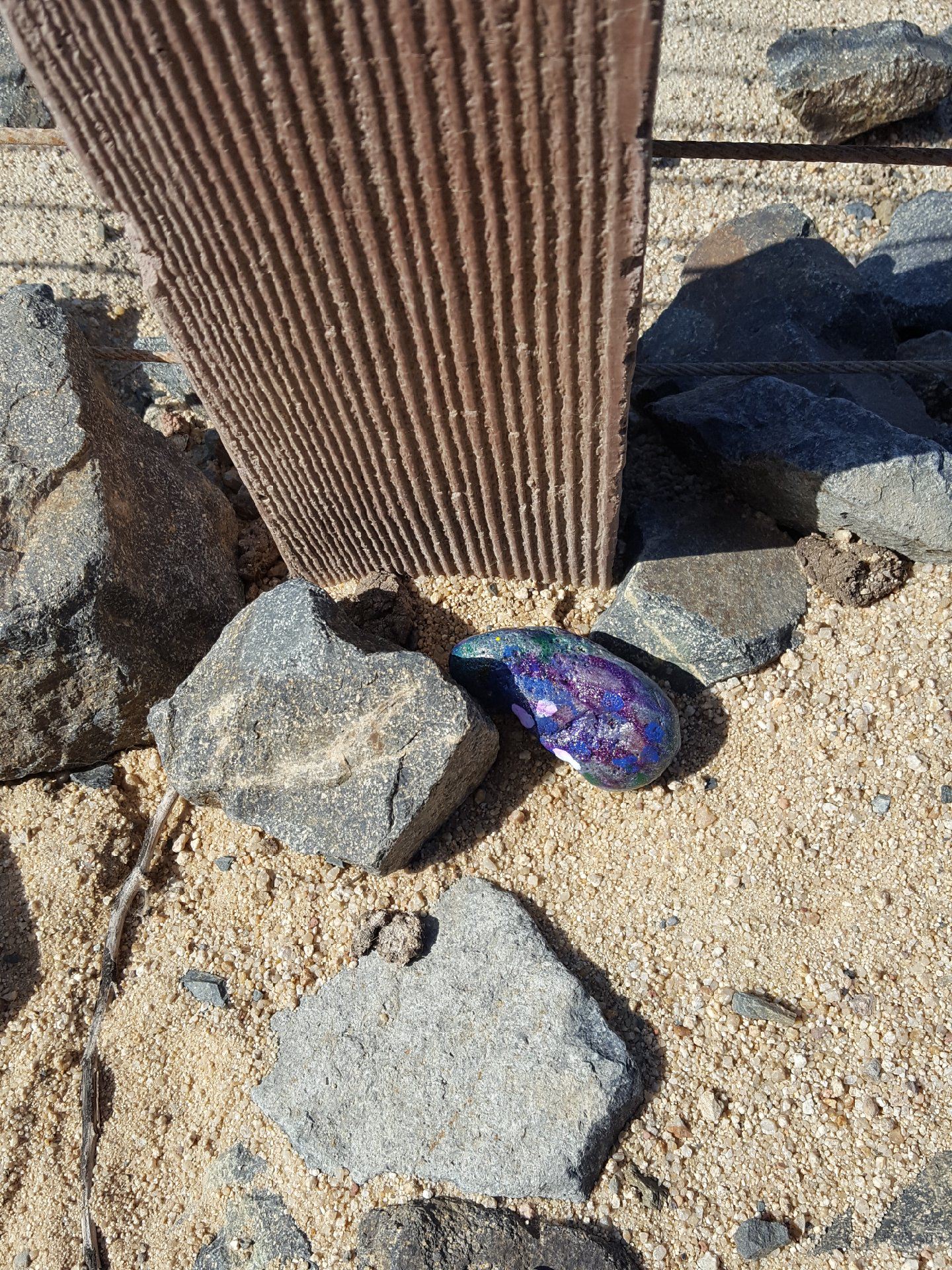 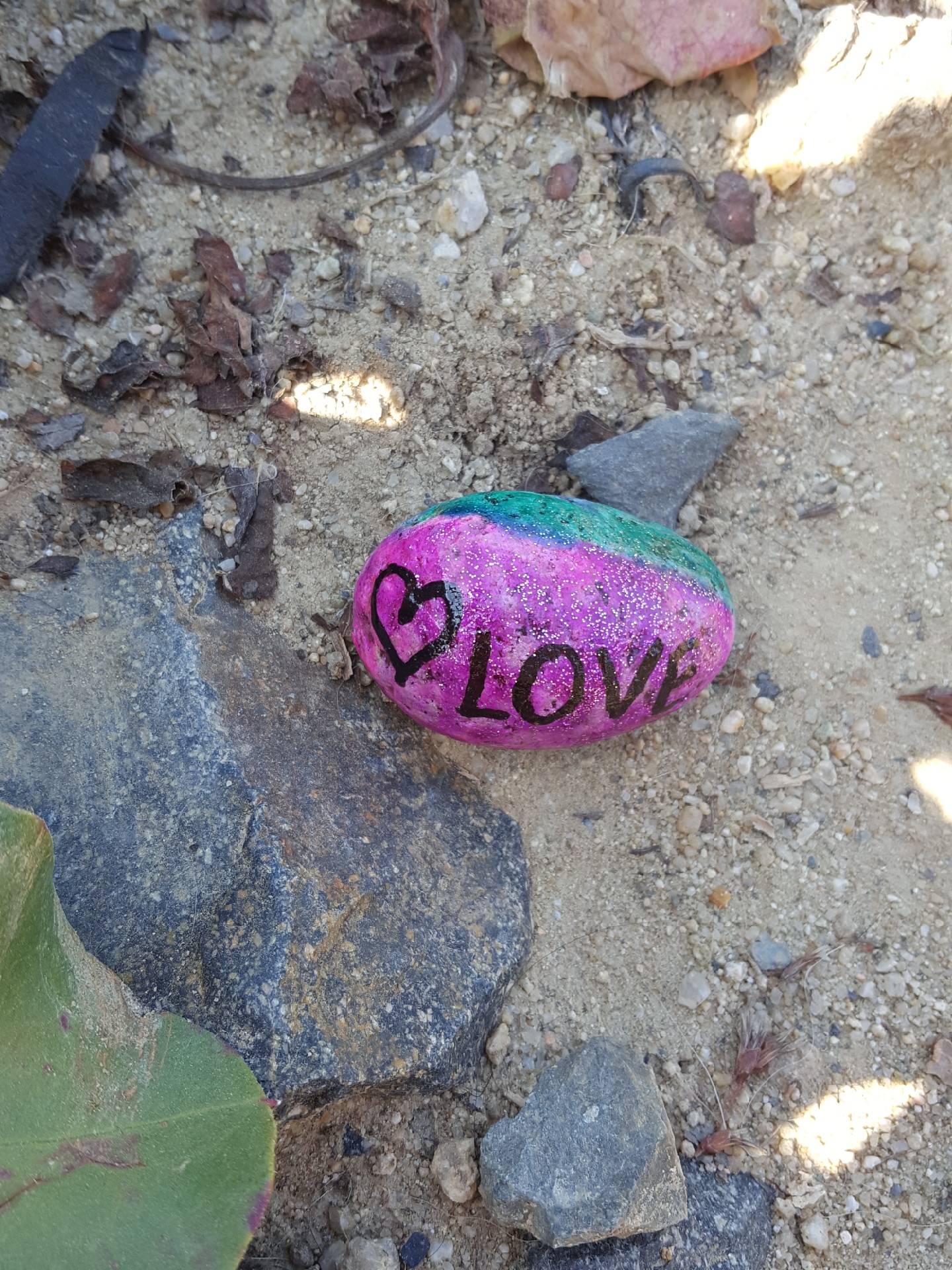 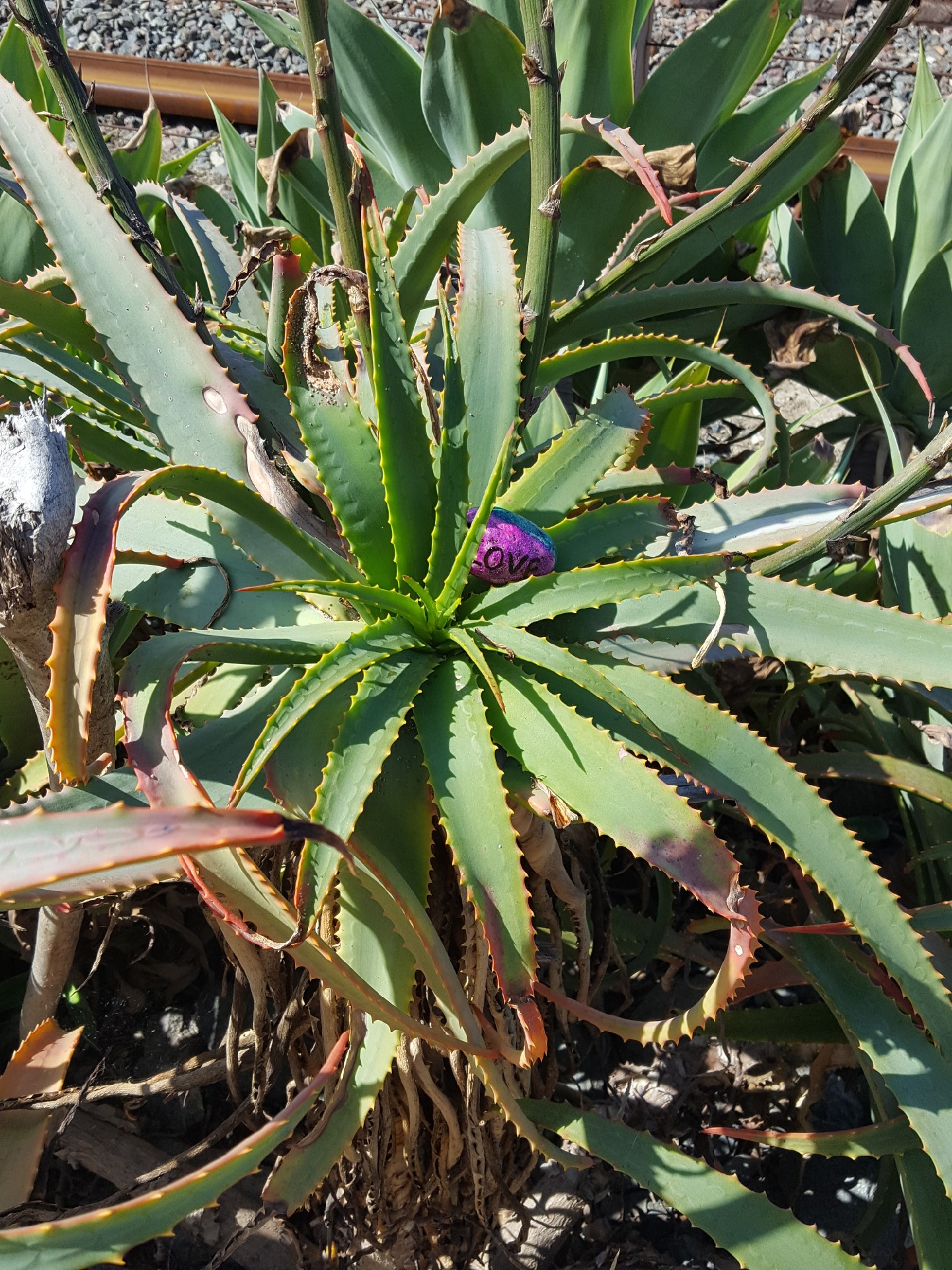 Background Info: San Clemente, CA is the southernmost city of Orange County and consists of such beaches as Trestles, North Beach, T-Street, and Old Man’s Beach. The town motto is the Spanish Village by the Sea. Most of the city’s life revolves around the beach as the town’s main street, Del Mar, runs from El Camino Real to the pier. I have lived in San Clemente up until I moved to Los Angeles for college and return during the summer and winter holidays.

In January of 2017 an official city-wide club was formed to paint rocks to commemorate the life of Saylor Vorris, a junior at San Clemente High School when she passed away from leukemia. This movement was largely isolated to the Vorris family’s immediate acquaintances and the student body at San Clemente High. Members of the larger San Clemente population began to take notice of the rocks appearing at significant location in the north end of town. Then, in early 2018, painted rocks began appearing on beaches and walk paths in the North end of San Clemente in incomprehensible numbers. People who were not part of the original club nor aware of the significance began painting rocks and hiding them around town. The premise is then simple: if you find a rock, you can take it or simply move it to a new location. For many participants, if you take a rock it is then your responsibility to paint a new rock a place it around town.

Analysis: The rocks movement being adopted by more and more members of the community shows the active formation and reinforcing of identity. First, every time an individual makes a rock or moves one of the stones as part of the game, they are demonstrating through their behavior that they belong to the city of San Clemente. More than that, they are proud to be from San Clemente and want to publicly contribute to a culture of love, acceptance, and joy. The rocks work to actively define how citizens want to depict San Clemente to outsiders and allow them to fulfill that vision for themselves. With each rock that is painted, the idea of San Clemente as a community that cares about its residents is better realized and this identity is then embodied.

Second, to the San Clemente resident who is not participating in the rocks movement, they are the recipients of the joy that the painters are attempting to foster. The rocks serve as a reminder of what it means to call San Clemente home. As rocks are anonymous, it fosters an understanding that all residents are tied to one another on virtue of being from the specific place and participating in the culture of a small, beach town.

Lastly, I ask myself: “why rocks”. I believe the answer more complicated than rocks are easy to paint and do not prove an obstruction to the natural environment. Most people who live in San Clemente are anti-development and anti-graffiti but pro-environment. Painting rocks is a seemingly benign way of making a mark on the community in an artistic way, with minimal destruction. Furthermore, San Clemente has seen a significant natural depletion of its beaches sand in the last decade, being replaced primarily by small rocks. By painting rocks, town members are taking control of our land and tying us to the natural environment. Painters and spectators alike are asserting a belonging to the land that transcends merely living and going to work in within town lines, we are thrusting ourselves into the composition of the environment.