Description: Poybius is a possibly fictional arcade game that was created during the 90s. There are people who recalled that such a game cabinet existed but no physical copies exist. There are those that believe the cabinets were a part of the MK ULTRA secret experiments

Background: The informant obtained the information through internet videos.

DT: The supposed creation of an arcade cabinet during the 90s called Polybius. Someone thought it existed, and it spread from there like a Mandela effect, of people remembering something that didn’t actually exist but potentially vaguely similar to it. It’s an urban legend that lasted for a while, and even got assumed it was a part of the MK ULTRA secret experiments. With conspiracy theories coming up that the cabinet was created by the government to give people nightmares as a way to test stuff that leaked from MK ULTRA.

DT: It’s still kinda unclear if a cabinet of the like actually existed or not, but the video I saw concluded that it most likely wasn’t real. I forget the specific evidence to prove this but it’s still kinda up in the air. But regardless of its existence, the crazy effect it had on if people remembered it or not was what really got people involved with it.

The 90s were a time where rumors about digital media were abundant. Things that come to mind were numerous video game rumors such as the Mew under the truck in pokemon. At the time, the internet was still in its infancy and information was not easily accessible nor entirely accurate. The coupled with the introduction of new technology gave rise to many rumors and theories. Polybius is an example of a product of that time, when people didn’t have ready access to information and when any kind of information can be spoken from anywhere. 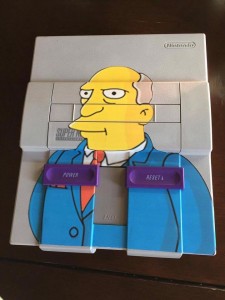