What is the Girl Scout Closing Circle?

“At the end of the [girl scout] meeting, you stand with your hands crossed, you hold hands, you sing Taps once and them hum the tune until we’re done. Someone starts a squeeze, they squeeze the hand of the person next to them, and they stick their foot towards the center of the circle and make a wish. Then the next person’s hand gets squeezed and then they put their foot in and make a wish, and it goes all the way around the circle. And then you turn around and untwist your hands, and then the meeting’s over.”

The informant is my mother. She was a Girl Scout during her childhood, and then she became a Girl Scout Troop Leader. This information was collected during a family zoom call where we were checking in with each other.

As a Girl Scout, I participated in the Girl Scout closing circle. It is a universal Girl Scout tradition, seeing as we would do it at the end of large Girl Scout events that included more than just our troop. The Closing Circle ends the meeting in a positive way. Holding hands unifies us as a Girl Scout community, and we through linking up we support each other and our wishes. The sticking out of the feet acts as a marker for how fast the process is moving, and is a visual signal to the troop leader for when to end the song. Taps is a traditional song that has been sung by Girl Scouts and Boy Scouts, and has its roots in US Army traditions. 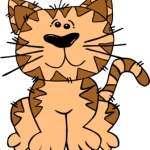 Step 1: When you buy in Evanston its not like everyone has their own weed, you all throw five on the gram,

Step 2: The best roller present, gets to roll it

Step 3: Grab a grape swish and gut it

Step 4: lick edges to seal the two papers together

Step 5: place the weed in the paper

Step 6: roll it with your fingers maneuvering it into a circle

Steop 7: tuck one edge under and I like to do half the blunt at a time and then I roll it up and seal it together by licking the paper while pulling with my mouth

Step 8: use a lighter to bake the ends and the seam

Step 9. The person who rolls it sparks it and we always pass to the left rotation-wise and people will hit the blunt until there is absolutely nothing left

To Zach, rolling a blunt is an act, which can either gain you respect or shame within the present group of smokers. The person who elects to roll the blunt has to put himself out there and risk being judged. The group all watch earnestly as the roller steps up to the plate. When the blunt is done its presented to the group who sign off and give the roller respect. When the smoking begins, all the pressures gone and we soak in the atmosphere. For him smoking represents a spiritual experience where he can relax and connect wis friends.

Zachs ritual reminds me of the dominance displays in chimpanzee clans. The roller is like a chimpanzee presenting himself to the group trying to prove himself. Then when the blunt is done, the group signs off on the blunt like Caesar would sign off on a gladiator before he was given the death sentence. The act of smoking and rolling blunts dates back to before anyone can remember there is multiplicity in variation and it is held sacred in a lot of social circles. To some, the blunt is the only way to smoke and an improperly rolled blunt is seen as an insult and a mark shame.