“For some reason, we used to decorate the trees around our house like most people would Christmas trees.  Many people in the south have egg-like ornaments and easter colored string lights, like purples and yellows and greens and bright blues.  It was much more prevalent in South Carolina when I lived there.”

This informant, HA, was born in Pensacola, FL but has lived in a few different parts of the American South for awhile, specifically the Floribama coastal area.  His family has stayed in the south for as far back as he can remember.  He has learned this piece of folklore from when he moved to the suburbs of Charleston and his family were the only ones on the block that didn’t do it in their first year there.

I talked to HA by inviting them onto a zoom call with a few other friends we both knew from summer vacations where I used to live in Panama City, Florida.  After the call I asked if he could stay and chat and we shared stories about our lives while I asked him questions about sayings and activities he remembered from his childhood.

There is a very heavily held belief among Americans that Southern culture is a bit more gentile and ornate than the rest of the country so it’s fascinating to see a piece of folklore that supports this idea.  What interests me is how this decorating differs between people of different financial statuses.  Looking more into it, it seems like a competitive game as well as it seems articles state that people can try and outdo other people’s easter trees.

SG has been to Mardi Gras almost every year since she was a little kid. Decorated plastic cups are a typical throw in every Mardi Gras Parade. Parades, known as Krewes to the locals, each have a unique name and theme to them. Riders in each parade have “throws”, which are items riders throw off of floats. These commonly include beads and doubloons, but what is solemnly talked about is cups. Cups are a collectible item during Mardi Gras as they have more value than most other throws. Not only can you keep it as a memorate of a parade, but you can use it for years to come. Families collect these and use them as normal drinking vessels in their homes and lives. Go in any cabinet and next to the glass cups you will find various Mardi Gras cups themed to each parade.

SG is my mother and has been to Mardi Gras with kids since I was born. She is from New Orleans and attends every year. This was taken during a conversation with her in our backyard while reminiscing Mardi Gras. She still collects cups and send me them each year.

As a New Orleanian and a avid fan of Mardi Gras, as I have been many times before, I did not realize that this was not much of a practice outside of New Orleans, collecting cups to use throughout the years. For instance, after my first year at USC, I missed Mardi Gras for the first time in my life. As a response I got my parents to ship me a King Cake and some decorated cups. In the house I was living in, I used them frequently, and people always commented on the designs on the cups calling them unique. I was so used to using the cups that I never took a moment to think about the designs. Each design reflects the idea of that parade. Krewe D’etat, a parade devoted to a satirical take on the previous year, would have cups that mock events from the last year. Krewe of Muses, an all female parade, would have cups with feminine symbols such as the iconic red lips symbol of the krewe. Each design is unique and can only be gotten if one attended that parade in that year. 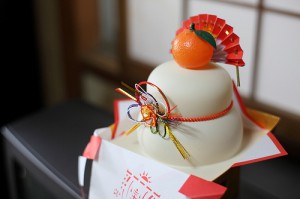