Background: My informant is a 20 year old boy who grew up in California.

G: So the concept is to just draw a cool s with the six lines and the connectors so it kind of looks 3D. This one is pretty common, we all learned it in school from our friends at some point. I think I learned it when I was 8. You can just put it anywhere, it’s funny if you put it on a homework assignment or something to kind of mess with a teacher. You see it in graffiti a lot too.

My Thoughts: I learned this when I was about the same age and going to school in Colorado. I’m not sure how long its been around, but I think it’s something that every kid learns how to do and then doodles it all over their school notes. I think I learned it from older kids, so it felt almost like an initiation.

The following information was collected from a seven-year-old Caucasian girl from South Haven, MI. The girl will hereafter be referred to as the “Informant”, and I the “Collector”.

Informant: “Daddy sometimes will draw pigs on our hands when we are sleeping.”

Collector: “What does it mean?”

Informant: “Um…haha…I don’t know. It’s funny because we don’t know who did it.”

Collector: “Does he do it to you and your sisters?”

Informant: “Yeah haha…He will draw it on my hand and then on my sister’s hand. And we wake up and he pretends he didn’t do it…Umm haha… But we know he drawed it.”

The Informant picked this up from her father. He would draw pigs on the Informant and the Informant’s sisters’ hands when they were sleeping. Then they would wake up with a drawing on their hand he would pretend he hadn’t done it. It became a game of who could find him and get him to admit he drew it first. The pig looks like a smaller circle inside a larger one, with two ears, four legs and a tail. It is the same drawing every time. The Informant remembers because she finds it funny and enjoys playing.

I found this piece to be very intriguing. I understood it to be a sweet little game played between a father and his young daughters. But while searching for a deeper meaning, I’ve come to another conclusion, one that is hardly obvious to a seven-year-old. I believe this game to be a way a parent can make a child feel like he or she is always watched over and cared for, even in sleep. It reminds me of the childhood comfort of falling asleep on the couch, only to awake in your own bed, tucked in and warm. I imagine that waking up with this drawing on your hand, a sign that someone who loves you is with you even when you are unaware of it, would be a huge comfort and affirmation of the love that you feel from that parent.

Context: The informant is an 11-year-old resident of Southern California, of Indo-Pakistani descent. She lives with two older siblings, parents, and grandparents and attends a public middle school in the South Bay area. She has close friends of many different religious and ethnic backgrounds, and the following narrative sequence is one she learned from one of these friends while she was still in elementary school.

Analysis: The informant says she learned it only a couple years ago and remembered it because she “thought it was cool” and “kind of funny”. The informant relates that she enjoys many types of art, including drawing and painting, and often is in charge of making signs for events among her friend group, like yard sales and party invitations. So the personal appeal to a young artist or craftsperson is obvious.

I think the general appeal here is similar: the fact that with a few simple drawings and letters, an entire story can be told with little effort. The idea that there are just enough fingers on a person’s hand to write “T-H-I-S” on the knuckles, and then fold different fingers to show different words, must be appealing to kids who are just starting to appreciate the difficulties of both language and tactile crafts such as beading, painting, or cursive handwriting. The simple story is also humorous and a common enough occurrence: trying to save a little bug only to find that you unfortunately don’t know your own strength; or simply the humor of seeing something that causes many small children, especially girls, some anxiety–“creepy crawlies”–being put out in such a messy and unceremonious manner helps them cope with those anxieties indirectly while not being called out as a “scaredy cat” or a “sissy”. 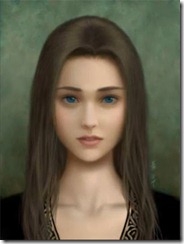 Picture telephone is a variation of the classic game telephone usually played with 5-10 players. All of the players are given a pen or pencil and a stack of post its stapled together with 1 page fore each player. Players sit in a circle and in secret everyone writes down a word or phrase on the first sheet of the stack. After 30 seconds, everyone passes their book to the right. At which point players must try and draw the word or phrase from the first page. Then after 30 seconds, they must pass the book to the right. The third player then must try and guess what the phrase that describes the drawing without looking at the original phrase, and writes it on the third page. Play continues until each book has made it all around the circle, with each player alternating drawing what is described or describing what was drawn on the previous page without looking at any other pages. By the time each book has made it all the way around the message has usually been greatly distorted, and all the books are shared.

This game was introduced to my informant at a high school get together. The game is somewhat complicated to explain, but easy to play, making it a game that is good to play repeatedly with friends, and strengthening bonds within the group. It also serves to exclude people who are not normally part of the group as they have to have the rules explained to them, often a couple of times before they understand how to play. This game is similar to telephone as one of the best aspects of game is comparing the resulting message with the original to see how the chain of communication distorted it.