BACKGROUND: JM is the interviewer’s friend. Spicy Uno is a variation on the popular Uno card game, one that we’ve played many times as friends, and a game that can get quite heated at times.

TRANSCRIPT:
JM: “Here are our rules:
Play a 4, no talking. Whoever talks has to draw 1 card for each word they say.Play a 6, all hands need to go in the middle of the table. Last hand draws 3.Person who plays 0 chooses 2 people to swap hands (can include themselves).+2 cards and +4 cards can stack, but not on each other.You can ask for help and can help someone, but you can’t show them the card before.You can skip to yourself by playing an exact match of what’s on top of the pile.If you have UNO and someone else calls UNO for you, draw 6.
There’s the famous moment when we were playing, someone drew 4, and then someone knocked on the door. You went ‘it’s all good, we’re taking a break, we don’t need to be quiet anymore. The game is paused, the game is paused.’ Watching you draw 22 cards was maybe the greatest time I’ve ever played the game.”

ANALYSIS: The Spicy Uno variation of the Uno card game is a popular one among Millenials and Gen Z, one that qualifies as folklore since there are no exact rules and no known origin — everyone plays it slightly differently. It’s a modern folk tradition, one that can forge friendships and break them apart in the same round. For another version of Spicy Uno, see:

The following is collected during a routine call with my younger brother.

The following is a story told to me by the interviewee.

“Yes, I have a secret organization in class where I’m the boss. And I have all my secret agents and they do things for me. I send them out on missions to collect pencils and collect all the secrets from other people in the class. And then we guard those secrets, or we can also use those secrets if we need to, but we don’t, because we are the good guys. And there is another secret organization that Christian is in charge of. And we are going to have a war soon but I will win when we do so it’s okay. He doesn’t have as many secret agents as I do, I think he only has five or six, but about half the class is my secret agent.”

Secret Organizations are always common amongst children in schools. They are starting to meet peers for the first time and naturally are starting to create in groups and out-groups. They are searching for a sense of belonging, and for the first time are experiencing what it means to feel community. Thus it makes sense that they would actively work to creating their own communities. And add on the imagination of a child, secret organizations with spies and agents is a common answer. What is interesting is the competitive level that the interviewee felt to express. That he had a better agent organization than his friend because he had more people with him. Thus we see numbers is what gives this organization power. This makes sense for a child at the age of seven, the more friends you have, the more popular you are in class, and thus the more power you possess.

Which is  your favorite proverb?

English proverb: “A man is known for his friends”

Context: I asked CG for her favorite proverb and this was the first one that came to her mind.

Background: CG is my mom and she was born in Mexico. She came here when she was 17 years old and she still remembers these proverbs that old wise people would tell her. She believes it especially because the people who you are around can strongly influence who you are. She has told this one to me before and when she told me the proverb many stories of her using this one on me came to mind.

Thoughts: This is a well-known proverb and I was not too surprised to find that there is an official English version of this proverb. Growing up my mom would tell me this whenever she would advise me to choose my friends wisely. She has always explained to me that even if I did not do bad things with my friends, people would automatically make assumptions on who I was by the people I would hang out with. This is a common Mexican proverb used in families within the context of gangs. There is a large amount of young people in the Latin American culture who are involved in gangs and this proverb is used to discourage them from being friends with gang members.

When at a large group dinner with many friends all drinking and eating, Lizzie offers a toast:

“There’s good ships and wood ships and ships that sail the sea, but the best ships are friendships so cheers to you and me”

After she gave the toast, I ask when she uses that particular toast:

“I use it every time I’m with good friends, old or new, to bring everyone together. Regardless of if everyone knows each other or not, it gives everyone a reason to laugh.”

Background: Lizzie is a recent graduate from USC originally from Riverside, CA and now living in Westwood, CA.

Context: Lizzie will offer this toast frequently when out drinking or eating with friends. I personally heard her say this once at a small party and another time at a birthday dinner. Originally, Lizzie heard it from another friend offering it as a toast when she was 17 years old living in Riverside. She then adopted it as her signature toast and her friends always expect it from her now.

Analysis: Proverbial sayings and in particular short toasts spread very easily since they are usually concise and catchy. In this circumstance, I found it interesting to consider a proverb or toast becoming a part of someone’s personal identity or image to other people like this has for Lizzie. Whenever Lizzie is at an intimate social event, her friends expect this toast from her. It made me consider any phrases or sayings that I frequently use in my daily vocabulary, and if there is a word-based habit that would remind my friends or family of me. 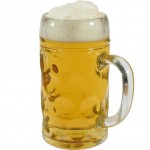