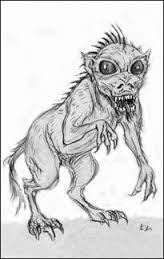 Informant was a 19 year old female who was born in Mexico and currently lives in Brazil. She came to visit me.

Informant: There’s a thing that the mayans do for rain, there still are some mayans, but not many. They still do it, and if you go to see it, and it actually rains it’s kinda scary. They do this dance around the fire asking for rain from the rain god Chaac, and then they play this special instrument that is made out of cascaveles. It looks like a big bean with little seeds inside of it to make noise. It’s kinda like a morocco.

Collector: Have you ever seen the dance?

Informant: Yes I have. It’s really cool. They wear these typical outfits. It has like a feather hat and stuff, and they do these paintings on their face with red coloring. They make their own ink, too. I remember when I visited the pyramids, and my tour guide was like “This is where they make their own ink.” Anyways, so they sing in mayan. I can’t understand then, so I don’t know what they sing exactly. The dance itself is just a mixture of movements, nothing very particular. Oh, and it’s also from the south, I think. Yeah, definitely from the south.

Collector: Why do you like this particular piece of folklore?

Informant: Well, I like this one because of the one time that I went there and I saw them doing it, and then a few hours later it started raining. It was kinda scary at first, but I thought it was really cool. I think it’s interesting to to see how there’s different stuff and cultures inside of one country. And even though they’re praising someone who’s not my god, because I’m Catholic, it’s still cool to see how it works.

I think that this rain dance is particularly interesting because of how my friend told me that the one time she saw the Mayans doing the rain dance, it actually rained. I also then thought about how, if she believed in her God but saw the miracles of another God, would she change her beliefs? I thought it was really cool how even though she still believed in her own God, she could appreciate the different cultures and beliefs of others.