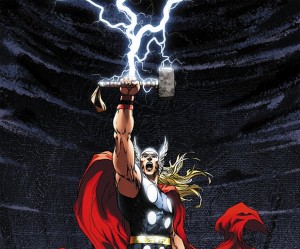 A friend’s family has maintained a naming lineage for several generations. They possess in the family a large scroll with a family tree dating back to the 1500s. It began with Thor the first, who’s grandson was given the name Thor the second. Flash forward to now, where the informant’s father is Thor the 4th. His father named his children after other Norse gods, and the first of them to have a male child will be expected to name it Thor the 5th. His father maintained the naming because he wanted to stay true to his Scandinavian roots and not betray a long established tradition. The informant doesn’t mind, and says he too would feel an obligation to continue it if he is the first to have a son.

My good friend, the informant, loves the tradition. He and his brothers all have pretty awesome sounding names that are unique. He says it makes him feel like he’s a part of something larger, but also feel unique since he doesn’t meet people who share the same story. He hinted at wanting the Thor naming right, but didn’t seem eager to rush into having children just for that purpose.

It’s certainly a unique naming scheme to come across, at least in America – I can’t speak for other regions. The dedication to cultural roots is admirable and impressive when it lasts for several generations. The informant and his father don’t have much with regards to information about the original Thor in the lineage, since the informant’s grandfather passed away very early in his son’s life. In any case, whether or not the original Thor had intention to create a pattern or that was the standard at the time isn’t known by the informant.