GESTURE: Knocking on wood when speaking of one’s good fortune

CONTEXT: This woman was saying how happy she was and how lucky she felt and immediately knocked on a wood surface next to her. She says she learned this gesture from her family. Whenever you speak of something good in your life or something positive you want to happen you must knock on wood.

ANALYSIS: This traces back to Jesus who she says was the step son of a carpenter, Joseph. Also Jesus was crucified on a wooden cross, she says when we knock on wood we are saying “God help us” or “God willing.” It is an anti-jinx mechanism that is supposed to prevent you from bad luck.

THOUGHTS: I learned this when I was a baby and have always practiced this gesture. Every single time I am grateful out loud I knock on wood or anytime I say something that I want to happen/come true. For me the wood symbolism doesn’t really matter, but the act of doing it unconsciously makes me feel like I have anti-jinxed myself.

M: So you said you grew up with a lot of fairy folklore?

I:  Yeah, um, you know like the knock on wood, that’s the most common one.

I: Well knock on wood, uh you do it when you say something like that might not happen. Like uh  let’s so you want to get a good grade on a test and you are like “I.. I’m pretty confident, like, I’m gonna ace this test,” then you knock on wood. *knocks on wood* Sorry I shouldn’t have done it. *both laugh* You knock on wood because fairies live in the wood

I: And if they hear you saying something that you want to happen, they’re gonna make it not happen.

I: But since we don’t see trees *laughs* a lot anymore. It’s just become any wood.

Context: Her parents passed this folk practice to her by simply doing it around her and when she asked why, they told her it so that the fairies don’t stop good things from happening. She was very little when she first learned this so she did believe in this initially. But even though she continued the practice as she grew up, she did not continue truly believing that the fairies were responsible.

Analysis: Given how prevalent fairies are in Scottish and Irish, it makes sense how her parents would pass down this practice to her. This is quite a common practice in the US and even if people don’t fully believe in it, they may do it in order to ‘not risk it’ or even to comfort others fears who do believe in it. This is common with many superstitions as while there may not be scientific evidence to support a superstitions, people still ‘believe’ in them or ‘don’t want to risk it’ because we learn beliefs from those around us. This practice is also consistent with other/earlier portrayals of fairies as they are often portrayed as mischievous creatures in lore and not the sweet and fragile creatures that has been popularized by the media, particularly by Disney.

Informant: Shut the box is a game I picked up from a friend. She just liked collecting wooden crafts and games she had in her childhood. I think she had this while in France? It’s been a while since I asked her about it.

Interviewer: Do you remember when she first told you about it?

Informant: I asked her about the game one Thanksgiving because it was out on a counter as one of those party games. It looked like a homemade set, I wanted to know if it was easy to make.

Interviewer: And then she was the one who taught you how to play?

Informant: Yes, it was a long game but a lot of fun.

Interviewer: How do you play it?

Interviewer: Is there a limit to how many people can play?

Informant: No, this game is played one person at a time so as long as everyone is patient you can have as many players as can sit ’round a table.

Background: My informant learned about and how to play this game from a friend on an unspecified Thanksgiving. It is now apparently played every year by both the informant’s friend and herself. It drew attention because it appeared homemade. When asked, the friend allegedly said that it was part of her childhood while growing up in France and wanted to share that memory with her children.

Thoughts: There is something appealing about the game. There’s definite satisfaction in flipping the tiles down, and even more so when one is lucky enough to shut the box. A lot of the game seems to rely on luck and an understanding of probability.

A balero is an authentic Mexican toy made of wood. One part is made in the shape of a barrel with a hole in the middle, which is then tied to a small wooden shaft. The point of the toy is to make the barrel turn so that the shaft is inserted into the barrel’s hole.

The informant is a 54-year-old man from Guadalajara, Mexico. Growing up he had very little money to spend on toys so he would make his own variation of the classic toy. 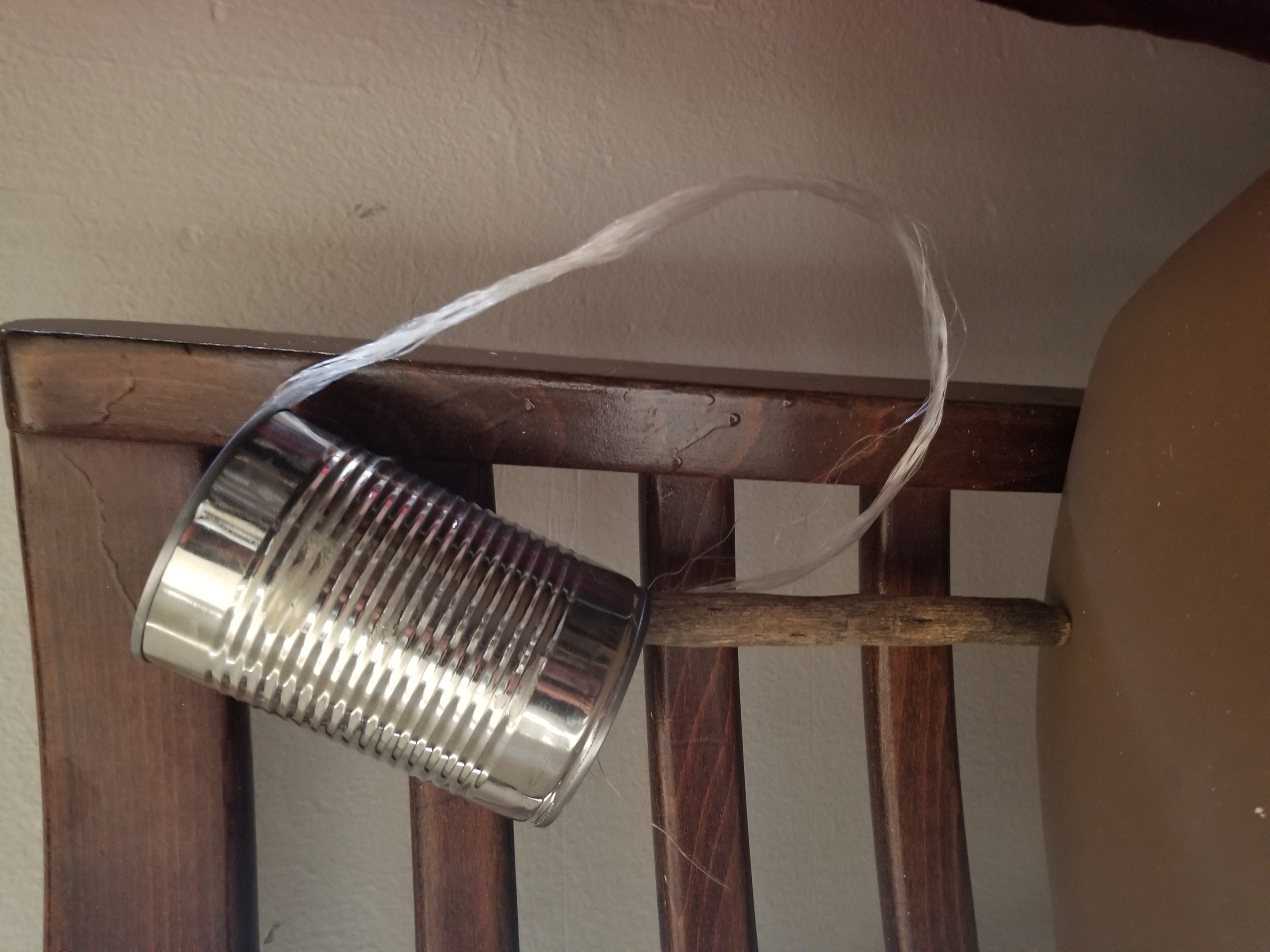 The picture shows his own variation on the classic toy.

Background: E.N. is a 58-year-old obstetrician gynecologist who was born in Boston, Massachusetts to two attorney parents. She stumbled upon medicine in college as a psychology major when she took a biology class and became aware that she had an affinity for science. E.N. currently practices full time in the Chicagoland area delivering babies and performing gynecological surgery.

Main piece: As a surgeon, whenever we do GYNe surgeries in the operating room, I find that all obstetricians gynecologists are pretty superstitious. So after we complete a surgery, we never REALLY complement ourselves and say “that went really well” because that would jinx us, so we always just say, if we DO say anything about how the surgery goes, we have to always add touchwood at the end so, “that surgery went pretty well touch wood,” because we know we’re really not out of the woods for at least 48 hours.

E.N.: I do this as a safeguard against something bad happening.  It’s more of a superstition.

Q: Who did you learn it from?

E.N.: Have no idea who I learned it from – likely my parents.

Performance Context: Gynecological surgeons would perform this after they had completed a surgery.

My Thoughts: Medicine and superstitions tie into each other. Though medicine is not typically based on luck and is more based on hard science, I think it is interesting that the phrase “touch wood” is still used. It is used as a preventative measure: it is sometimes believed that if something is said, then it won’t happen. In this scenario, if a doctor explicitly says a surgery went well, it is believed by some that the surgery will not have positive results in the end. Saying “touch wood” is a preventative measure to make sure that what has been said continues to hold true.