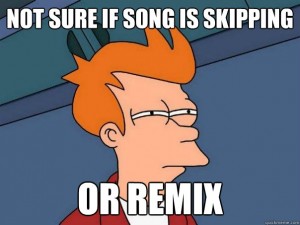 ”I love the ‘thoughtful Fry’ meme. It’s from Futurama. I love the meme probably because it’s from Futurama, and I love Futurama. It’s one of the more memorable of the memes I have seen, and I like that it’s relatable. It also changes a lot and has a lot of different types. Memes are interesting for that reason, there’s always a new one coming out.”

Memes, as a newly minted product of internet culture, often deal with or reference certain aspects of contemporary popular culture. Futurama is, in many ways, a staple of modern young adult culture; it is something most young adults recognize easily and a large portion of them are dedicated fans. As a comedy series, it is easy to see why something from Futurama could be adapted into a meme. Memes often thrive by being relatable and relevant, and utilizing something from a show near-and-dear to the hearts of many a millennial is a recipe for success.