The particular details and background of the following prank were introduced to me by a fellow student majoring in computer science.

The prank in question takes place on internet video platforms, most commonly YouTube, where viewers are led to believe they are accessing entirely unrelated material and instead are met with the surprise appearance of the music video for Rick Astley’s 1987 song ‘Never Gonna Give You Up.’ Having been performed so many times as to have earned its own name, the prank has come to be known as ‘rickrolling,’ a reference to Astley’s name.

Although I was previously familiar with the prank’s ubiquity, having been ‘rickrolled’ myself a number of times prior, its intentional nonsensicality was not apparent until being explained.

As a prank that exists in a simple digital form and relies entirely on taking advantage of the internet’s functions, ‘rickrolling’ is a definitive example of the relationship between perpetrator and victim when pranks are performed over the internet. In real life, there requires some kind of physical interaction to be pranked, but on the internet, there remains complete anonymity. The victim will likely never have any idea who ‘rickrolled’ them, and given the nonexistent physical consequences of the prank itself, will not have any incentive to find out themselves.

A transformative step for this prank occurred as that of a marketing tool in the leadup to the release of the second season of HBO’s television program Westworld. The creators of the show, known for its complicated narrative and plot twists, formally announced they would release a video revealing a comprehensive guide to every narrative step of the show in advance, effectively spoiling every surprise the season held before airing.

Because much of the show’s popularity derives from trying to guess and anticipate each of these twists, critics and viewers alike contentiously debated this unprecedented decision that would undermine the effectiveness of a highly anticipated release and seemed to reflect an unsettling ignorance (on the creator’s parts) of the show’s major appeal.

When the aforementioned spoiler guide was released onto the video platform YouTube, viewers were treated to the sight of the program’s lead actress singing a piano cover of Rick Astley’s ‘Never Gonna Give You Up,’ a nod to the traditional practice of ‘rickrolling’ and a solid indication that the entire announcement was a prank itself.

It is worth noting that even this sly and cleverly-angled marketing strategy relied on an unexpected narrative twist (although created in real life, impressively), just as the show itself relies on such methods to keep viewers engaged. 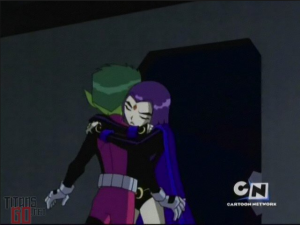