The “trollface” is a popular image that can be found online. It is meant to represent the face an internet “troll”, or prankster, makes after playing a prank on another. The image often appears on an online discussion when an individual intentionally interrupts the flow of the conversation by mischievously misdirecting the original poster. The image usually follows one of these situations, indicating that a trick has been pulled. Sometimes, the image includes intentionally misspelled words or grammatical errors in order to frustrate readers even more. Because of the negative connotation surrounding it, the image can be frustrating for those who had been taking the conversation seriously.

The informant, Ian, is a 21-year-old university student who considers himself a gamer and internet enthusiast. The image has a special place in his heart, as it is one of the first internet memes that he encountered in his younger years. He learned about the image after seeing it posted in the popular comedy website ebaumsworld.com, where many similar humorous images and videos are posted. For Ian, this image in particular is entertaining because it represents the triviality of the many arguments that internet posters have. He argues that after coming across so many useless and childish arguments that people on the internet have, it is refreshing to see someone mess with them with a quick joke and the posting of the image.

What is interesting about this image is the fact a simple image that used to be insignificant has gathered much connotation and meaning. Even though the image was posted by a single individual, thousands of people came together online to assign a definition and purpose to it. Because of this, the image should be considered a strong indicator of the collaborative nature of the internet. 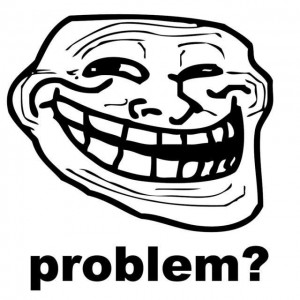