Informant: “The French Canadian boogeyman, they call him, up there they say, le bonhomme sept-heures. Now, le bonhomme is like a guy and sept-heures is seven o’clock. So, you know, the best translation probably for that is the boogeyman of seven o’clock. Now um it’s a story that goes back a long ways, I don’t know how far back, but it goes back to trying to get kids to come in the house at night when the sun went down. So, they would talk about how le bonhomme sept-heures would come out there, and the legend is that he was this old man that had like a big hat and like a big coat cause its cold up there, and he’d carry a sack. Sometimes little kids would end up in the sack apparently is how it went, but the legend goes back to very old times, I don’t know exactly when probably sometime in the 1800s or before, when French Canadian French speakers were second class citizens. They were laborers and trades-people, and the moneyed class of course was English, so doctors and magistrates and local politicians and whatnot were all English speaking, so the higher class was English and the lower class was French. And so, the doctor would come to set broken bones and of course that was usually accompanied by lots of screaming and you know uh crying and whatnot because setting broken bones is really painful. So, the bonesetter as they say in English became loosely translated to le bonhomme sept-heures.”

Interviewer: “Why was it important that the French speakers were of a lower class versus upper class?”

Informant: “Well because the lower class weren’t educated so when the doctor came, cause there are French words for doctor and French words for, you know, but these are not educated people so they would tend to use the Anglicized words. So, that’s where the legend of the “bone setteur,” or le bonhomme sept-heures comes from. Its not a play on words, its just a bad translation.”

The informant is a middle-aged man, who lived in France for about a year and then in Montreal for about two years. He speaks French fluently and has French Canadian heritage, as his family traveled from French Canada in the 40s and 50s to Maine and Connecticut. He appreciates and enjoys learning about history and French Canadian culture.

The informant heard this lore from a French-Canadian friend while he lived in Montreal when they were travelling home from work, “there, I learned all kinds of neat things about the French Canadian culture and that was one of them.” As the sun was setting, the friend jokingly warned the informant that he should make sure he was inside before seven o’clock lest le bonhomme sept-heures take him away. The friend then explained the story of le bonhomme sept-heures to the informant.

The informant stated that in French-Canada le bonhomme sept-heures is still used, “Apparently they still use it, but it’s basically the boogeyman. The legend of the boogeyman in English culture or well American culture is that the boogeyman comes at night, after dark, so you need to go in the house, so you don’t get taken by the boogeyman.”

When asked what the informant liked about the story and why he remembered it, the informant said he liked the story and thought is was interesting, especially because “a lot has happened in Quebec since the 1800s,” “I mean it wasn’t before the 60s that there was a French speaking college, so you couldn’t even go to college.” The informant found additional meaning in the legend because its background is representative of a very different period of Quebec history and culture than is seen in Quebec today. In addition, this legend is popular in French-Canada which is part of the informant’s heritage.

While researching the tale, I found that there are children’s books, horror-movie adaptations, and even clocks which feature le bonhomme sept-heure (See below). I think this is an intriguing legend because it has a historical past, which is based on an misinterpretation of an English word, and was transformed into a legend to make sure that children would behave and come home before it was dark. This is also an age-graded legend and children stop believing in it as they get older.

Apparently, in the legend of the le bonhomme sept-heure, he would steal children away forever, eat them in his lair, or various other frights depending on the version heard. 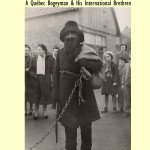 Picture of someone dressed as Le bonhomme sept-heure 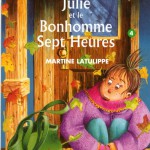 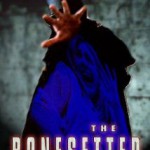 Le Bonhomme Sept-heure in the form of a clock