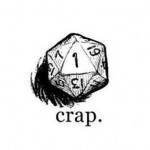 My informant used to play World of Warcraft for a period of about 5 years, and during his time with the game, he has come across several stories.  The two stories he told me about were the SuperAIDS story and the Leeroy Jenkins story.  This story is about SuperAIDS.

According to my informant, SuperAIDS was the player given nickname of a debuff [essentially a curse] that a particular boss character would inflict upon the players.  This debuff would deal damage to the inflicted player and would spread to any nearby allied units.  The debuff could be cleansed by a particular class and be stopped.  However, this debuff would sometimes get on a player’s pet, and one of the ways to deal with this was simply dismiss the pet rather than wait for someone to cleanse it off, because it’s really hard to see if it’s on someone’s pet and just as hard to target the pet.  So players with pets would simply dismiss them and be done with it.  Unfortunately, the debuff didn’t go away, so when they went back to major cities, and summoned their pet, the debuff would still be there.  Once players figured out this was happening, they got their pets infected and brought them into the major cities and started spreading the disease intentionally.  The disease would spread rapidly between players and would kill almost anyone who wasn’t highest level.  Normally this would just be considered a prank but the disease would also spread to NPC’s [non-player characters].  The major problem with this was that NPC’s regenerate their health when out of combat and this regeneration outpaced the rate of damage from the disease.  So the disease would kill almost any player who came into contact with it, but it would never get off the NPC’s.  This is perhaps how the name SuperAIDS came about, because it didn’t go away.  Anyway, this meant that, as the disease was spread, more and more areas of the game became essentially uninhabitable because your character would just get infected and die over and over.  This persisted for about a week until the devs were able to patch the game, eliminating the disease from the NPC’s and preventing the disease from leaving the raid encounter.  And even though the game of WoW is played in several different servers, because the players all communicate online, nearly every server experienced this in some way.

My informant tells me that the Leeroy Jenkins story is pretty short, and that the results of it are far more interesting than the original story.  Basically the story goes that this group of 15 guys were in a raid dungeon getting ready for a big fight, and they were talking about their plan, when one of the members just decides to screw the whole plan and charge right in.  He screams his name, “LEEROYYYYYYYY JENKINNNNSSSSS” really loudly in their chat, and just runs in.  The rest of his group is forced to follow and they all end up dying in the encounter.  Fortunately, because one of the group members was recording the event, we can see the whole thing happen on YouTube.

This video became an instant hit among players of World of Warcraft, with players showing the video to their friends.  I myself was shown the video by one of my friends who also played the game.  There were many videos that only WoW players would have found amusing, but no one else would really get.  However, the Leeroy Jenkins video and story started to spread to other video games and even outside of gamer culture.  If you go online, you can find fan art of Leeroy, comics, demotivational posters referring to Leeroy, custom Warcraft figurines.  The video became so huge that Blizzard, the developers of World of Warcraft, invited the actual player of the character Leeroy to come give a quick speech at BlizzCon in 2007, and do the trademark “Leeroyyyyyyy Jenkinnnnnssssss!” shout.  The also put a reference to Leeroy in the game itself.  Essentially, re-enacting the Leeroy Jenkins video will earn the player an achievement called “Leeroyyyyyyyy!” which also rewards the player with the title “Jenkins” that he or she may put on their character.

Within the gaming community as a whole, shouting “Leeroy Jenkins!” is synonymous with shouting “CHARGE!” and is usually shouted either at the beginning of a game, or when the player goes “balls to the wall” or “goes Rambo.”  Even players who have never played World of Warcraft in their life understand the meaning of the phrase.  In this sense, “Leeroy Jenkins” has become a folk saying.

As for the origins of the story, my informant tells me that the player simply thought the plan was ready and just charged in ahead.  According to other sources I have heard in the past, some say that Leeroy was away from his computer getting food while the plan was being discussed and so he didn’t hear it, and when he got back he assumed they were all ready to go and so he just charged in.  Others say that he thought the plan was stupid and knew they would all die anyway and so Leeroy just decided to charge in and have fun.  One other variant I have heard is that the guild who made the video did it as a joke video, knowing full well that their plan was stupid and so they were just trying to be funny.  This is the version I like to believe because everyone I know who has done the fight shown in the video says that their plan is stupid and would never work ever.  According to Leeroy himself, he and his guild buddies were just drinking at the time and being generally stupid, though he will neither confirm nor deny if the whole thing was staged.