Informant: “My family for Christmas, we eat lutefisk. Which is cod soaked in lie. It’s cod soaked in lie and then you cook it, and its this gelatinous thing that is, its indescribable, and anybody coming into the family has no idea what’s going on, like why are you serving this for Christmas dinner. But you put it on mash potatoes and you mash it in there and you put drawn butter on top and its good, but if you eat it by itself, it is like, I don’t know, its absolutely disgusting. They cook the cod in lie because you were in the Midwest, these were all Norwegians who fled Norway, and you didn’t, I mean there was no where you could really fish, I mean you could ice fish or whatever, but these were all people that grew up with an abundance of fish in Norway and here they are in the middle of the Midwest with no fish, so they would transport this cod from the east coast. But to keep it OK  they would keep it in lie, which is you know a poison, and that’s how they would keep it and transport it.”

Interviewer: “And it’s safe to eat?”

Informant: “Yeah you cook it and eat it, with lots of butter, it’s very good. It looks like no fish you have ever eaten; I mean it is like see-though, gelatinous fish.”

Interviewer: “Why on Christmas?”

Informant: “I don’t know, but there are these huge lutefisk dinners in Minneapolis and St. Paul. I mean like people pay like 50 bucks to go have a lutefisk dinner.”

Interviewer: “How was it to have this tradition be apart of your yearly Christmas experience?”

Informant: “Well I mean for me I grew up with doing it, so it is very traditional, it is like how we felt like we were connecting with our heritage. It is important to carry it on. Like this year , my aunts were like oh, lets do something different, lets do like lobster or something like that and all of my generation was like ‘No, were are doing lutefisk,’ because to us that is like the traditional Christmas dinner and we want it. Regardless of the fact that nobody else would ever come to your house and eat that. That’s it yeah.”

The informant is a middle-aged mother with three boys. She grew up in Minnesota with a large family in the suburbs of Minneapolis. As stated in the interview, the informant grew up eating lutefisk for Christmas and she associates the food with Christmas dinner.

Lutefisk is a traditional dish from the Nordic Countries like Norway, Sweden, Denmark, and Finland and has been carried over to Nordic-North American areas of Canada, the Finnish community at Sointula on Malcolm Island in the province of British Columbia, and the United States, particularly in the Upper Midwest and Pacific Northwest.

Lutefisk is made from cod, and to make it, the skin and bones need to be removed, then the fish is salted and hung to dry for several weeks until it hardens. Then, it should be soaked in lye for several days. (Merriam-Webster: Lye – strong alkaline liquor rich in potassium carbonate leached from wood ashes and used especially in making soap and for washing). According to the informant, lutefisk can be served with gravies, green peas, mashed peas, (boiled, baked or mashed) potatoes, meatballs, lefse, gravy, mashed rutabaga, white sauce, mustard sauce, melted butter, syrup, or cheeses, though they usually serve it with mashed potatoes and butter.

I think this collection really emphasizes how people can become attached to their traditions even if they don’t necessarily like them. The informant is determined to continue to have lutefisk dinner on Christmas because she feels that it ties her to her heritage and it is an important tradition for her, even though she considers the fish itself to be “disgusting,” . 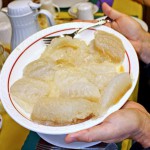 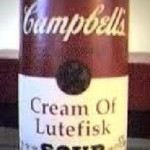 Interestingly, Lutefisk is present in many different popular culture genres, for example in movies and music. A movie was released in 2011 called “The Lutefisk Wars” directed by David E. Hall and Christopher Panneck about: “A rural frozen food delivery man is mistaken for someone else and ends up in the middle of an ancient feud between two Norwegian Mafia Families” (IMDb). There is also a music band called Lutefisk which released an album in 1997 called “Burn in Hell Fuckers.” Lastly, a parody song concerning lutefisk called “O Lutefisk, O Lutefisk” was created by Red Stangeland to the Tune of “O Tannenbaum” by Ernst Gebhard Anschutz. 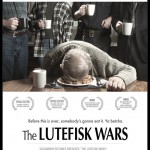 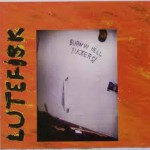