T- “I did a hula performance a couple years ago and it was based on the story of Pele who is the goddess of volcanoes and her sister Hi’iaka, the goddess of the ocean, and they’re fighting because I think Hi’iaka had a boyfriend, and Pele took him away from her and Hi’iaka got pissed at her. So she chased her around and that is how the islands were formed. Pele would make an island because she is the island of volcanoes and her sister would go there and then Pele had to leave and she had to make a new island and yea”

How did you hear this story for the first time?

Is that a common story that everyone knows or is it just a hula thing?

T-“Pretty much just hula people or people who are immensely into Hawaiian culture. Not a lot of people know that story”

Analysis- While this myth is known as an explanation to something as big as the creation of the islands, it is odd that only a small group of people really know the tale and actually tell it. This could be due to the fact that the traditional Hawaiian dance is meant to tell stories of the past as well as to be a way for the people to connect and give something to the Hawaiian gods. In the islands, one can see the constant change of the islands as they are formed by volcanoes and how the lava pours into the ocean to create steam and land. This constant and real fight of the land and the ocean is depicted as the two goddesses fighting. 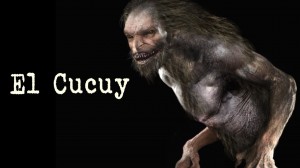 K- “Ok so we have like a folklore of garden gnomes where it’s like, so it’s like my family in Mexico like my tias (aunts) from my mom’s side they believe that garden gnomes they come alive at night. And like the proof they have of it it’s like my grandma used to own gnomes and her neighbors used to own gnomes in Mexico. And the garden gnomes the next day would be found in different places and a lot of stuff was broken and sometimes my mom and her sister would wake up at night, and they used to hear things and they would look outside and they would never see the gnomes there. So there’s that story that they become alive at night in Mexico.”

Did you hear this story anywhere else with other people or other versions of it?

K-“Well recently I was talking to one of my cousins who like is from same side from my mom side and we all grew up here in America but like my cousins was supposedly telling the story to some friends whose parents were also from Mexico and like their parents here in LA here in California their parents own garden gnomes. And the thing is that this friend was telling my cousin that he actually believes what the parents are saying, because one night the garden gnomes were not where they had placed them and they found them inside the house and like the friend found them one night in the house and they were like rolling in the hallway. Since then, they got rid of the gnomes, or at least they tried to. They threw them away but the next day they were in the same place they had put them before. That’s another version, at least from here in California.”

How long ago was the first time you heard this?

K-“Two or three years ago. I just found out about my mom”

Analysis- This story is very interesting in the fact that this is one of the few stories from Mexico where inanimate objects, that are not haunted, come to life. The Mexican culture does not traditionally include creatures such as gnomes but instead, it consist of larger creatures and ghosts. This is because the country did not originally have gnomes until places, such as the United States introduced them to there. This story can be seen as a representation of the fear towards the unknown and the things that are not traditional. Traditions or stories of gnomes coming to life are more common in Europe.

K-“Ok so we were told the story of La llorona, and for us it was basically like uh the background was that this woman this beautiful woman in this indigenous pueblo uh she fell in love with the Spanish conquistador and had children but then the conquistador left her for like another woman. Because she was in love with this man so much, every time she saw him in them, the children. And that’s the whole reason she drowned them in a like. After she drowned them, she like mourned them so she would go around at night saying ‘oh mis ninos’ (my children) and supposedly she kidnaps kids at night if they’re near the lake. And she is still a ghost that haunts that area where she used to live”

When did you first hear this story?

Have you heard this story from other people as well?

K-“Yup, I heard it from my family and the kids at school. Kind of all the same, all the same versions”

Did you use to live near a body of water or some forested area?

Analysis- This version of the story is seen as a way to ensure the proper behavior of children. The legend is specifically aimed to children, as it is the children that get drowned and the children that get kidnapped. The fact that she did not live near a body of water, which is where according to the legend is where the ghost appears, proves that this is a story told by the adults to make children behave. The legend is also given credibility by introducing some history into it in the form of the conquistador and the traditional Mexican woman. This legend would, therefore, not be easily accepted and used in other cultures.

The informant, C, is an 18 raised in South Central Los Angeles, California. His parents are both Mexican and he considers himself Mexican as well. He is studying Astronautical Engineering.

When did you first hear this?

C-“When I was little my aunts and grandma and my mom would say ‘oh a friend, or whatever person, is going to visit’ every time that I dropped a utensil.

Have you heard or seen this in other places?

C-“I have heard variations in other families and even with the other side of my family. Sometimes it’s that a woman is going to visit if you drop a fork and a man if you drop a knife”

Do you believe in it/think it’s true?

C- “I’m not sure. Sometimes it does like come true and then the person comes and visit but other times they don’t or is the wrong person. So I guess it depends if the right person shows up”

Analysis- The superstition could be a way to cover-up what may be an embarrassing and socially looked-down thing. Adding the consequence of the different visits creates a nicer response to this rather than public humiliation. The different visits could be different according to what the utensils resemble and remind the people of.