The informant, MG, went to high school in New Hampshire and now attends college at the University of Seattle in Washington. This story was collected when asked about her experiences of being Asian American in college over the phone.

MG: Since going to school in the west coast I found it very difficult to acclimate to a college in the west coast because I’ve never had to utilize code switching before. The type of personalities…and the goals, and lifestyles, were so completely different it was difficult socializing when I had no idea how to relate to anyone….and that’s the thing…even the other asians…like, usually on the east coast, the other asian americans just find each other, you know? They just find each other and form a group. But on the west coast, it was just different. They had these two terms for asians that I didn’t know what they meant: fob and abg.

Interviewer: And what do those mean?

MG: haha you sound dumb asking that now. “Fresh off the boat”, bitch. And abg is “Asian baby girl.”

Interviewer: And how do those make you feel?

MG: Umm…well I’m not an FOB. And I’m not cute or small enough to be an ABG, but I also wouldn’t wanna be one. It’s just weird that people use those on the east coast so much.

I went to middle school with the informant, but she went to the East coast for high school and I stayed on the West. Staying in California, I knew these words that she was talking about and it was something that was propagated throughout all the groups of Asians that were our age. It’s interesting to me now that she didn’t have any particularly strong feelings about the words when asked. Rather, she just tried to categorize herself into them. It goes to show that as a West coast Asian American, we feel like we have to categorize to try to make friends with other Asians–like letting out a signal to let people know who you are so that you can make friends more easily.

The informant says she first heard this joke from a friend in high school when they were both on a trip. She says that although they are both Asian, they both found it extremely funny, because this joke plays upon stereotypes of accents that are often true within the older generation that came to America, not having grown up here. Although it is stereotypical, she believes that it is all in good fun.

It is interesting how this joke plays with the idea of Blason Populaire. The informant and the person whom she heard the joke from are both Asian Americans with parents who have accents that are similar to the one being made fun of in the joke. By laughing over the joke and taking the idea lightly, they are both identifying with a group, which reaffirms their identities as Asian Americans. Furthermore, this joke also uses the rule of 3, which indicates that it originated in Western culture. 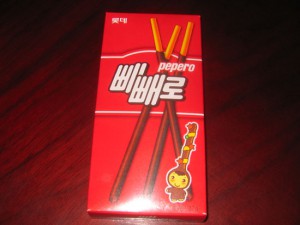 My informant is a Vietnamese student currently attending high school in Irvine, California in a predominantly Asian-American neighborhood. She was born in Irvine and has lived there all her life, and the high school she attends now, ranked in the top ten public high schools in America, is notorious for its rigor, and its extremely studious students. When I asked her whether she knew superstitions pertaining to her school, she jumped up with this one almost immediately:

I know it’s probably not just my school, and there are probably people that do this in schools everywhere, but I think it’s especially bad here because everyone does it and everyone really believes in it too. Like, before a test, you’re never supposed to say out aloud that you think you’re ready. Ever, like, it’s taboo or something. You’re always supposed to say, “Oh my God, I’m so screwed,” or like, “I’m gonna do so badly on this,” because otherwise, there’s this stupid superstition that you’re gonna fail. [Laughing] And it’s really annoying when the super-smart kids do it too, and you know they’ve studied for like the past week straight, and they’re saying things like, “Oh, I just started studying yesterday,” and I’m like, “No you didn’t!” Like, if you say you think you’re ready and you think you might do well, people kind of look at you like you’re being cocky or arrogant or something. And then people say all the time how once, they thought they were ready for a test and said so, and they ended up failing. And then the next time they like, lowered their expectations or whatever, and said they were gonna fail, and they end up getting an A-plus. Everyone does it. [Smiling] I mean, it’s stupid, but I do it too. What’s better than like, not having any expectations at all, you know?

In a school culture dominated by grades and academics, this superstition, which is, as she said, probably present in any high school, is intensified and ritualized. Saying, “I’m gonna do so badly on this” is a student trying to lower their expectations in case the test is more difficult than they had thought, and at the same time trying to disarm, in a way, “the competition,” as my informant put it. “People at my school are super-competitive.” She said. “It’s funny, like, there’d be people that would even argue about which one was more not ready, so that if they did get a bad grade it’d be justified or something.”  The lower the expectations, the less the disappointment would probably be–which is why it is such a good defense mechanism.

That these students even need a superstition like this seems testament to the immense amounts of pressure placed on them as high school students expected to advance to prestigious universities. By telling themselves and others that they aren’t ready for an exam, they push the blame for a bad grade on not being ready, instead of, perhaps, the scarier alternative, which is not being smart enough. A minor superstition, but its proliferation at her high school probably expresses a certain terror for not being capable enough–we can always try harder, but if we try really hard and we still can’t get a good grade, then where do we go? Are we just not smart enough? And that question is what these students seem the most afraid of.