The following piece was collected from a twenty-two year-old girl who is also a student at USC in the Greek community. We were discussing a “shotgun pinning” that was to occur later that day. She will hereafter be referred to as the “Informant”, and I the “Collector”.

Collector: “So, what is it exactly?”

Informant: “Basically, it’s the people who are more wacky or untraditional in the way that they don’t want a normal pinning. So their friends set it up for them. It’s so much more fun than the normal pinnings. It’s funny.”

Collector: “What do they do?”

Informant: “First, the guy’s friends get him really drunk and the girls do the same thing. Then all the friends tie the couple to a mattress. They have to sit on the mattress in front of the house while all their friends give embarrassing speeches and everybody cheers.”

The Informant learned of this custom within the Greek community at USC by first hearing it from other members, both in her sorority and friends in fraternities. The Informant then witnessed it herself. She believes it to be a non-serious, fun way to show off your partner but stress-free because that how the couple acts anyway. She remembers them because they occur at least once every year before the seniors graduate.

Upon first hearing about the untraditional tradition, I laughed at the strangeness of it. But after witnessing one myself, I believe it to have a slightly different meaning. I think the couples that participate in the shotgun pinnings are, like my informant said, a non-typical sorority or fraternity member. By allowing their friends to handle it and force them to go through with it, the stress is removed from the situation. I also believe that everyone finds them to be more fun because no one is taking themselves seriously. If a couple were to participate in a shotgun pinning ceremony, I would immediately think, ‘Oh yeah, so they’re not that into the normal pinning.’ Then I begin to think about all the possibilities of that couple to dislike the Greek community and so they act in unconventional ways in order to make that point clear. 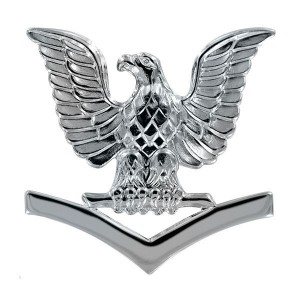