This story is about the old women in the village. So the old women in the village all have a…they all belong to a clan. I don’t remember the name of it. But usually when there is a drought they all dance and sing in the streets naked. And it is said that it brings the rain. Now, this is forbidden for anyone to watch, so I really don’t know when it goes on because no one knows when. You just know because the rain came. And if you watch you have bad luck and it’s said that something happens to your eyes. I don’t really know what happens because I haven’t watched—and I wont—so yeah, that’s it. I heard this from my family in Cameroon but I’ve never experienced that.

This story appears to have legendary qualities: the story is set In the real world, but its truth is debatable. Coco says cites the existence of a group of women who have the power to summon the rain in times of need yet she has never seen this group of women nor has anyone else (since seeing these women harms your eyes). Therefore, no one really knows if these women exist. Coco says that some claim to have seen them, but those who made these claims had no issues with their eyes. So which isn’t true, the existence of the women or the curse that they put on your eyes if you see them?

This story made me think of the ancient Greeks who seemed to have a god for everything because they did not understand fully how to describe the workings of the world in scientific terms. For example, if the sea was incredibly violent and was sinking many ships they might have said something like, “Poseidon is punishing us”. They would assume that the god of the sea was creating these inclement conditions rather than understanding that it was simply a storm that was causing the foul weather. Likewise, if people in this village did not understand the weather, they too might have placed the control of the weather into the hands of some supernatural being or group of people.

Coco’s grandmother taught her this story when she was very young, and she learned it when she was a small child. Her village is not highly educated nor is it particularly wealthy. This story of these women could simply be the result a lack of understanding of how weather works.

This story is about the significance of bats in Cameroon. We usually stun bats with a broomstick—the weapon of choice in this case—and we tie them to a string and we tie it to the front door. There’s usually only one opening to the houses in the village so it works out, and the bat wards off any evil spirit that would be coming to attack you or any type of negative omen that would be put against your family by some type of black magic. And I learned this by seeing it, by seeing my grandmother do it when she found a bat fly into the house—oh yeah, and the bat has to fly into the house physically, you can’t just get a bat from outside and catch it and do that.

Akawkaw “Coco” Ndigpagbor is a student-athlete at USC whose family comes from Cameroon (a country in west central Africa). Her family is quite religious and very superstitious. They have very strong traditions and believe in the power of dark magics and evil spirits. Her family has many rituals to expel or cast out evil spirits from a dwelling, and this example [given by Coco] is one of the most common ways of doing so.

The trapped bat offers a form of protection from evil spirits and acts as a kind of protection amulet. Many cultures have used amulets and talismans to ward off evil, but most tend to inanimate objects that can be worn. Some wear a necklace with an eye-shaped pendant to protect them from the evil eye. Some wear garlic around their neck to protect themselves from vampires…

Only her family members who live in Cameroon carry out this practice. Her American family—even if they come from Cameroon—does not. One of the main reasons for not continuing this practice is due to the fact that most of her American family lives in Southern California, and they never see bats. Thus, they never have the opportunity to trap one that flies into their house. Coco also mentioned that it is mostly the older generations that did this and that the younger generations did not really believe in the magics and evil spirits that the elders believe in.

A German tradition is: on Christmas, all children have to go to bed for approximately like two hours—uh, they have to take a nap from about 4 to 6 pm, and then they all get dressed up and stand outside of the door to the living room where, um…yeah, all the kids are standing outside… and only when the parents sing a specific song are the kids allowed to go inside, and um… every kid has to play a musical instrument or sing or dance or something, and only when everyone is done are you allowed to go in and open your presents.

This German tradition differs greatly from the American tradition, which seems now to be based solely on the giving and reception of gifts. The whole day, in my opinion, has been reduced to economics: spending money, stimulating the economy, partaking in the American consumerism that dominates the culture. Lost are the religious rituals that accompany the celebration of Christmas (for the most part). Rather, Christmas has achieved a more secular significance.

Christmas in my family, like in many American families, has been reduced to gift giving and receiving. Weeks in advance my siblings publish lists of material things that they want and where these items can be acquired with the most ease. As my family is not terribly religious, and as many others aren’t either, what else would Christmas signify? How do you acknowledge and celebrate a day whose significance is insignificant to you? Thus, the progression from religion to retail makes sense.

I find it interesting and quite cool that Germans incorporate cultural songs and dances into their celebration of Christmas. Sophia admits that most Germans are not very religious, so the replacement of the standard Christian hymns and prayers and affirmations by pieces of German culture feels more natural for them and adds a unique twist to the celebration.

In Germany there is a saying that if you don’t eat up all the food on your plate then the weather will be bad the next day. And it was told to us kids, and since we were scared to have bad weather the next day we always ate up all the food. Um… unfortunately it didn’t’ always work…surprise. Another thing—a similar thing—um… is with ladybugs—if they land on your hand and they fly away from your hand then the weather will be good the next day. And I learned that when I was really young, but, unfortunately, that didn’t always work, so… it’s still just a tale, but I still believe in it.

Every culture seems to have superstitions that relate to the predictions of weather. Before sophisticated technology was available, people used to predict the weather by observing animals, the sky, and other aspects of nature. People used to think that higher clouds meant a long stretch of good weather. If a full moon were shining brightly on a perfectly clear night then frost would form, as people believed that the earth had no protection [by the clouds] from the chilling moon.

Some of the early folk beliefs that pertained to weather eventually were backed by scientific experimentation. Lucky guess, perhaps, by the early people?

What intrigues me most about Sophia’s superstition is that she continues to believe in it even though it is not true in any sense. No scientific evidence has been cultivated to support this claim. In addition, she even concedes that this superstition has essentially been invalidated by its success to failure ratio. She admits that,  “more often than not, these occurrences have nothing to do with the weather.”

From a young age it was impressed on her mind that this superstition rang with truth. For many years she accepted it without questioning its truth-value. Even now that she understands the truth with a rational clarity she still holds onto the belief. Perhaps it is out of sentimentality? Perhaps thinking of ladybugs as indicators of change gives her this twinge of nostalgia for the days of her childhood. I would postulate that it brings her back to a place of innocence and happiness, to when things were simple and when imagination was valued over the cool logic of reality. 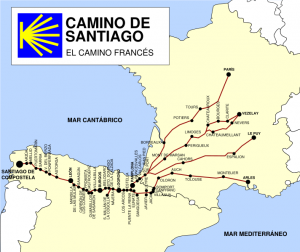