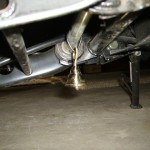 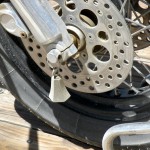 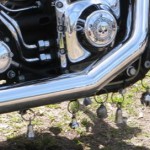 “Uhh…I guess we all know the..to…you ring the chapel bell after…Like after, um, a team wins or just like after something good happens to you like if you get an “A” on a test or something. Ummm.  Like after football games, if we win, there’s like an hour wait to go ring the bell. Ummm.” (I asked if she had rung the bell.) “Yes.  Well it’s a tradition for my like sorority family to go do it on big little reveal night, and we also do it on bid night.  And ummm. I have never done it after a football game just cause it’s too long.”

The informant attends the University of Georgia, and she loves football like most of her school, which is probably why the line is so long at the bell after a team win.  The bell allows everyone to take part in the joy of winning the football game.  The informant told me that the university talked about the ritual on the tours for prospective students, but it is also just something that everyone knows.  Ringing the chapel bell and knowing what that means is an initiation into the university community, and as she said, it has been adopted by her sorority as an initiation ritual for new members.  In addition to celebrating what good thing has happened to you, no matter how small, ringing the bell becomes common knowledge that helps the new members of a sorority or freshman at the university make the shift from being outsiders to insiders.