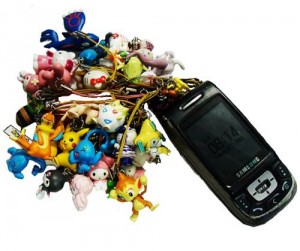 Since the boom of cell phones, my informant’s dad has been telling her to take precaution and not to use her cell phone when filling up at the gas station.  As a very informed physicist, Dr. Loo is always up to date with new information that he reads in the paper and on the Internet.  He passes on any information that he believes his daughter must know.  This urban legend is one of the few pieces of information that she actually attempts to remember because it actually affects her when she thinks about using a cell phone.
My informant, a very cautious teenager, never takes too many precautions.  She believes in any information that could have any element of truth, even if it’s not likely.  Whenever she goes to the gas station with a group of friends, she never lets a friend use a cell phone while at the station even if the person who wants to use his or her cell phone isn’t the one filling up the car.
She spreads this legend around because she thinks it’s possible, but not entirely true.  She believes that it’s a safety issue, so people can never be too safe.  The reason she tells people to avoid using cell phones at gas stations is to let them know the possibilities of danger.  She doesn’t want her friends to die at the gas station over a silly cell phone call.
I believe that this urban legend is in fact realistic.  It makes sense that cell phones can be a danger at gas stations.  According to a CNN article published in 1999, “a cell phone’s battery could spark and ignite gasoline fumes if the cell phone were dropped in proximity to a gas pump.”  Just the possibility that dropping a cell phone near a pump could cause a spark is enough information to say that using cell phones at gas stations is dangerous.  Because people are so busy with so many places to go, they tend to be more impatient, which sometimes make them more clumsy and careless.  They try to do several things at once, like filling up and talking on the phone at the same time.  There’s a risk of accidentally dropping cell phones, which relates to the legend.  Even cell phone manuals are taking caution and warning people to switch cell phones off when refueling.  The Nokia 6133 User Guide states to switch cell phones off at refueling points.  If cell phone manufacturers are warning the public that using cell phones at gas stations is a potential hazard, then I believe that this urban legend is definitely legitimate.

My mother sent me the following email: A few days ago, a person was recharging his cell phone at home.  Just at that time a call came in and he answered it with the instrument still connected to the outlet.  After a few seconds electricity flowed into the cell phone unrestrained and the young man was thrown to the ground with a heavy thud.  His parents rushed to the room only to find him unconscious, with a weak heartbeat and burnt fingers.  He was rushed to the nearby hospital, but was pronounced dead on arrival.  Cell phones are a very useful modern invention. However, we must be aware that it can also be an instrument of death.  Never use the cell phone while it is hooked to the electrical outlet!

My mother constantly sends me emails warning me of the dangers of cell phones.  She receives these emails from her coworkers and forwards them to me so that I will be more cautious when using my cell phone.  The emails usually are written in bold print and contain graphic images of fires or explosions caused by cell phones.  In this specific email, the text was followed by a picture of a man covered in bloody bandages, laying in a hospital bed unconscious.  The intention is that the reader will be shocked by the images and more likely to heed the warning contained in the body of the email.

Although the email says that using a cell phone that is plugged into an electrical outlet can be deadly, this is a statement that has yet to be proven.  I have used my phone while it has been plugged in and nothing happened.  While I agree that it is possible for a cell phone fire to occur, I think it is a very rare occurrence that probably happens as a result of a defect in the phone.  It seems like these types of stories circulate the internet because they easily incite fear and are often anonymous, so it is hard to discredit the source of the email.  Though people may say they do not believe in seemingly exaggerated urban legends, the inability to completely expose such emails as fiction often subconsciously influences how people view things.  For instance, even though I do not think using my cell phone while it is charging is dangerous, I still unplug my phone before I use it.  The shadow of doubt in my mind and the idea of what if always forces me to unplug it just incase something bad happens that could be avoided.

Furthermore, as more information about cell phones is readily available to the general public, it seems likely that such urban legends will decrease in number and popularity.  These legends are so successful because they are not falsifiable.  Once people learn more about how cell phones work, they will be less likely to fear the unknown world of modern technology.  In my own life, I have stopped receiving so many cautionary emails from my mother about the dangers of cell phone usage since she has started to use her cell phone more and become more familiar with it.  Now whenever I receive these emails, I find them humorous as opposed to scary or insightful, which is the opposite reaction than is intended.