INFORMANTS RELATIONSHIP TO THE PIECE:

Informant: We’re not French, but we always do it. My mom did a year abroad in France, so she’s big on France. We go there a lot. All I know is it’s just like a traditional French dessert to have at Christmas.

Interviewer: Do you make it or buy it?

Informant: We always buy it. We always do catering for Christmas. Cooking or baking is too much pressure. We wanna be like enjoying ourselves. Like for me, I really love baking, but if there’s a lot of people around, I like hate baking. I’ll be like, “Get out of my space. Like stop it. Like leave.”

Buche de Noel began as a tradition because it represented the burning of the Yule log, which is rooted in Pagan rituals. The tradition then evolved from the burning of a log to making and consuming a cake, which has then become cross-culturally adopted, with a German-American family making this French dessert part of their family tradition. This demonstrates how traditions can change over time and become adopted by new people and groups. The informant is attracted to this Christmas cake even without fully understanding its ritual context and history. Instead, she appreciates it for its aesthetic appearance and sweet taste. This is perhaps why, as Elliott Oring writes in Folk Groups and Folklore Genres: an Introduction, “food traditions are likely to be tenacious and survive when other aspects of culture are transformed or disappear” (35). One does not always have to know a food’s ritual context to appreciate its taste or appearance. Thus, food can be adopted by “outsiders.” Buche de Noel is now a part of the informant’s family tradition, and has taken on its own meaning within the Christmas traditions and rituals of her family––a meaning that is separate from the context and meaning it might have to a French family. 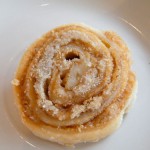 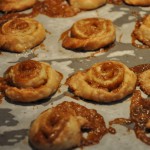 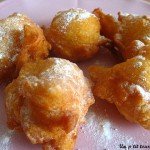