Informant: This one is weird because strangers can just come up to you and ask to rub your belly. It happened to me. If a woman has an impure thought or is envious when they see a pregnant woman, usually it is about them not being able to have a child, they ask the pregnant woman if they can rub their stomach so that their child doesn’t have “Mal de Ojo” or any bad energy. The Mal De Ojo is between the woman to woman, but the baby is caught in the middle, so they rub the stomach to absolve the baby if that makes sense. I have never seen a man do it, that would be kind of..weird. Oh! And the woman rarely discloses why she rubbed the belly, it is more about absolving their conscience so when it happens you just kind of let them rub it so your baby can get cleansed. It is very odd, it is kind of scary because you find out these women are having bad thoughts about you. It is even scarier to think about the ones who don’t rub the stomachs and just let the bad energy impact the baby.

Interviewer: Did this ever happen to you?

Informant: One time. The person didn’t even know I was pregnant because I wasn’t showing. I just think she was talking ill of me and found out I was pregnant and rubbed my stomach. She probably thought I was just getting fat haha haha. She was an acquaintance of my ex-husband’s family, so that explains a lot haha.

Interviewer: Can you explain more about El Mal de Ojo?

Informant: It is interpreted as an evil eye. In the sense of pregnancy the evil is are the ill thoughts of the woman, only she knows why. To try and remedy their conscience they rub the stomach, and disclose if they may “ay no lo quiero dar el mal de ojo, me permites?” (“I don’t want to give the baby the evil eye, may I?”) You do it in an apologetic way, to secure the baby and to get forgiveness for having those bad thoughts. I think its humanity. I think it is an immediate remedy to perhaps absolve an ll thought. People have ill thoughts all of the time- jealousy, comparison. So they do it to apologize in a way, and to save the baby from these ill thoughts, because they don’t deserve that.

The informant is my mother, a Mexican woman who is first-generation and the oldest of 3, who was born and raised in San Ysidro,CA  a border town just north of Tijuana, Mexico. Influenced by memories and conversations with her great great grandmother, many of her practices, customs, and beliefs were passed down from her maternal side of Mexican customs. Fluent in both English and Spanish, the informant has always felt conflicted about her culture as she wanted to fit in with American customs but wanted to preserve her Mexican heritage and traditions. The informant had her first child when she was 18, and worked her way as a single mother with two kids to attain her Master’s Degree and is now the Executive Vice President at a non-profit health clinic that serves the community she was raised in.

My whole life I have heard of this premonition, and saw it for the first time when my sister was pregnant and a stranger at a store came up to her and asked to rub her stomach. With that story in mind, I asked the informant more about it and she explained.

This is a very interesting form of folk magic, superstition, and protection. At the end of the day, this practice stems from a belief of magic harming the baby just from a glance. However, I think it is interesting that the act of this practice requires someone to admit that they were sending bad energy in the first place. However, as the informant describes it is more to protect the baby who doesn’t deserve to be impacted by that bad energy. This demonstrates the link of witchcraft to women, and is also a form of superstition present in Mexican communities.

“The evil eye is something that can be transmitted to anyone over jealousy or many other various factors. However, the group who tends to be more susceptible to this curse are babies, especially new borns and those who have not yet been baptized. Since they don’t the Holy Spirit helping their souls combat evil, that’s why they can easily be touched with the evil eye. A good way to prevent that is by buying babies a red bracelet, that will not let the evil eye penetrate. If you for some reason can’t find a bracelet, a piece of red thread will work fine also. The point is to have something red around the baby’s wrist so that the evil eye can’t get to them… my mom told me about this when I had my first child. I noticed that she could not sleep well so I asked my mom what was good and she told me that the reason my baby was having difficulty sleeping was that she may have got “el mal de ojo” (the evil eye). Regardless of what anyone may think, this actually worked. After I put the bracelet on my baby’s hand, everything was back to normal.”

My informant is a 41 year old Mexican descendant who was born in Mexico but has lived in the USA for the most part of her life. She maintains most of her ties to her Mexican culture while living in the USA so therefore, most of the things she knows has been passed down by her mother and other relatives. She does not necessarily learn her “cures” for different thing via a specific book or other published material, but rather from relatives in her daily life.

In my opinion, the fact that the informant’s recollection of where she learned this “cure” is from her mother, shows that perhaps her culture relies on being taught from others rather than by officiated people. Another thing I found interesting is that even though one might see this type of cure as irrational, the fact that the informant says that the cure actually worked shows that these folk remedies are practiced without hesitation and may even be preferred. This is because instead of seeing a doctor, the informant contacted her mother first. Regardless, this specific type of folk remedy seems to me as having a placebo effect. Maybe all people need is to think they’re getting better and they will get better. I definitely hope to try this out someday 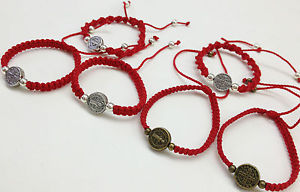 Information about the Informant

My informant is an undergraduate student majoring in Philosophy at the University of Southern California. He is half-Columbian and was raised in the Jehovah’s Witnesses Christian denomination. This is one of three stories that his mother told him when he was a child.

“I Googled this one too, and this is derived from the Assyrians; it’s really really old. But it’s called, um, “mal de ojo,” which means, like, ‘the evil eye.’ And, um, she [meaning his mother] said that it was–it, like, watches you. And, um, if you have, like, bad thoughts or you…you wish ill will on somebody, um, it knows. So it’s kinda like, um, a way to keep your thoughts, or your conscience clean. Although, you know, as a little kid, you start to feel guilty about thinking about, like, ‘Oh, I hate that other kid,’ or, ‘He just took my cookie,’ or something like that. ‘I hate him; I wish he was dead,’ or something like that. You know, like, ‘Oh god, the Eye is watching me; it knows.'”

This is one of many, many tactics that parents around the world employ to teach their children morality, or at least govern them until they develop a sense of morality. Sigmund Freud himself believed that children do not automatically have a superego, but that for the first few years of children’s lives, they behave not because of internal forces that govern their behavior, but because of external forces. They behave not because they know it’s the right thing to do, but because they fear being caught or being punished. It is only eventually when these external forces are internalized that the children can govern their own behavior when unwatched. Whether or not this is true, it is undeniable that children at a young age follow a different set of moral standards than adults do. This may be why my informant’s mother told him about “mal de ojo” as one of many parents who do. It’s a faux internal way of governing the child’s thinking and teaching him positive ways in which to interact with the world in a space which the parents cannot reach–the mental, private space. Knowing that some entity who, unlike a child’s parents, can hear the child’s thoughts forces the child to re-evaluate the thought that he or she just had and think about whether or not it was a “good” thought to have had.