My sister got this saying from a guy she was seeing at the time. He was extremely well traveled, and used this trick for finding close to/authentic Chinese food in America.

Allegra: “So his advice is to look for the Chinese restaurant with the weirdest name – the name that makes no sense in English. Go there and you are sure to have some authentic fare at the right price.”

Me: What do you mean by weird?

Allegra: ” Well there are names which make no sense and are a sort of enigmatic challenge for the discerning brain. Do they actually make sense and would be clear to those who were more culturally aware and cosmopolitan? Or are they purposely inscrutable so as to attract attention? Who knows, but here are some real-life examples:

Concubine and The Shanghai

Me: Have you tried this out anywhere in New York City?

Allegra: “I haven’t yet. But now that I’m thinking about it, I fully intend to.”

Analysis: Perhaps perpetuating this rule of thumb – “The dumber the name, the better the food” is a way for people to deal with their fear of the unknown and bestow some honor on their xenophobia. Or, maybe the rule of thumb is true – at least as a self-fulfilling prophecy. People will think the food is better if they’ve found a place with a truly confusing name.

The informant is a 20 year old college student from Cincinnati. He has a special attachment to the place like many young students, where he simultaneously hates the place and doesn’t want to go back, but also holds a strong love for it if anyone else dared speak ill of it. He told me about one of his jobs back home as a dishwasher for a restaurant that served Cincinnati chili, and told me what it was. This interview was conducted on a break between classes.

“Ok so um, so yeah, so Cincinnati has their own style of chili and uh, there’s two different leading chili fast food chains, there’s Skyline and there’s Gold Star. And there’s like big rivalries and like people have their loyalties to the different restaurants and like, it’s pretty serious stuff. Not for me, I’m like, I don’t really like Cincinnati chili, I guess that makes me kind of sacrilegious but um, basically what it is is just like, low quality… this is gonna sound like I’m bashing my own city but this is just the reality, it’s just like low quality, watered down like, chili, and what they do is they put cinnamon in it, and that’s just like, the standard ingredient, and depending like, if you go to Gold Star they just have cinnamon but if you go to Skyline they have chocolate. So it’s chocolate, cinnamon and chili, like at the same time. And like some people really like that, but I’m not a fan. I worked for Gold Star, and most people liked Skyline, I’d say like 80% of people at least side with Skyline, so like people would actually hold that against me that I worked there, that was a real thing that people would do. I guess the only other thing I could say is that people who come out of state and try it usually don’t like it, it’s usually something that people who are born in Cincinnati and grow up with it actually enjoy and people who try it for the first time as an adult usually don’t like it. It’s just one of those things.”

It meant less to him at the time as it does now when he looks back on it, he says; the nostalgia clouds the significance a bit. But it’s definitely a rite of passage for a Cincinnati kid to work at one of these restaurants, so it solidifies his identity as a Cincinnati boy and gives him an extra connection to the place. 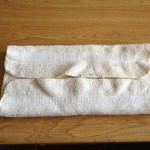 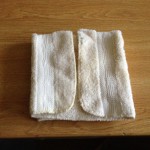 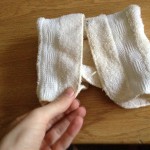 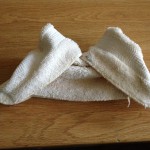 Contextual data: When asked about childhood games or rhymes she knew, my informant immediately thought of this game. My informant was born and grew up in Hawaii. She says she first learned this in first grade at school through a friend. She says at the time everyone used to play it. The lines are said simultaneously by two partners, to a simple tune, clapping hands in different patterns every other syllable. At the end of the game, both players freeze, and whoever moves first loses. This can be decided by the spectators surrounding the players, or by one of the players themselves. The following is a transcription of the song’s lyrics (line breaks my addition):

I went to a Chinese restaurant / to buy a loaf of bread. / The lady asked my name, / and this is what I said: / my name is L-i-l-i pickle-eye pickle-eye pom-pom beauty x-y cutie Indiana Jones don’t move!

My informant and I both had difficulty thinking about the significance behind the song or game–in her own words, the game “sounds nice” and “it doesn’t matter when you’re in first grade”–but I’m sure there is some. Perhaps “pickle-eye pickle-eye” is some kind of racial slur against Asian facial features (perhaps the owner of the Chinese restaurant?), and “pom-pom beauty x-y cutie” could reference any number of things, from cheerleading to large breasts. The lyrics are so abstract and seemingly disparate that it’s hard to string them together. Perhaps by this point they’ve changed so much from their earliest forms that it’s actually impossible to pinpoint any original, intended meaning (if there ever was one), and now people find significance in the simple pleasures of playing the game.