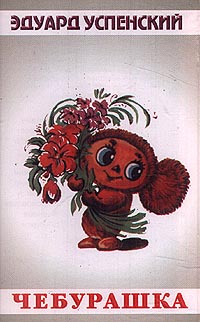 This ghost story is part of the Cal Arts college community. My professor told this story very dramatically, because she was actually trying to scare me and make me believe it. Perhaps this is because she believes the story, but it seemed more to me that she was trying to sell the tale to me because I am one of the uninitiated animators who don’t fit into the Cal Arts clique of the study and profession of animated film. Those who study Cal Arts might believe this story, or they might tell it as an inside joke to scare new students and outsiders, or as a joke or excuse to cover why they didn’t finish their optical printing assignment to their instructor. Whether they believe it or not, the ghost story gives Cal Arts students and staff a sense of community, and their school’s prestigious history in the field of animation.

Walt Disney is buried under the unfinished, in, well, Walt Disney is buried in the unfinished sublevel. And frozen. Well it’s just gotten around. When I had the CSSSA students, I told them Walt Disney was frozen in the sublevel. And one night we found them downstairs trying all the doors, because when we took the kids and we took them to Disney studios, they asked the animators there, “Is Walt Disney really frozen and buried in the sublevel at Cal Arts?” And they all said, “Yes, of course he is.” And so that’s passed on through generation after generation. He died in 60, 67. Which is when Cal Arts started building, it was built, 69, 70.

CSSSA animators are high school students enrolled in a summer course at Cal Arts in the hopes of being accepted to the world famous animation school when applying for college. Here my professor told her CSSSA students that Walt Disney was buried in campus because they were uninitiated into the Cal Arts Animation family and couldn’t know any better. The animators the students visited at Disney backed up this story because they, too, were initiated members of the animation industry. The students eventually learned that their mentors were pulling their collective leg, and by learning this started the process of becoming indoctrinated as members of the animation culture, and potentially as future Cal Arts students.

We in, at my animation school every year we decide to  we make a piñata based on a recentso Polar Express made it one year. We made a piñata of Tom Hanks in Polar Express and uh, we were gonna beat the crap out of it but unfortunately they made it out of duct tape soboy it was a long, everybody got a swing. I thought they  then ended up having to tear it down and stomp on it and then it  ah, why duct tape! Its like thats not even fun! Actually no, it was fun. But Ill tell you what it took us an hour then we were like somethings wrong. [Laughs.] This is, this is a  and we had a metal bat. Were like, okay, something is up about this piñata. This piñata is really resilient! Okay. So finally we tore enough away that we realized, I was like, Who made it out of duct tape!? What the heck!? Well, I dont know we wanted to make sure that everybody –  because the previous year, you know it was like bam bam done. [Makes grumbling noises.]

The informant is a 25-year-old Story Board Artist and animator who works in television. She is originally from Denver, Colorado and moved to Los Angeles for college and work.

This particular incident took place during the California Institute of the Art’s (CalArts) Character Animation department Christmas party. Before describing this installment of the beating-of-the-animation-pinata tradition she told me she was unhappy when Polar Express came out because It was gross, because the people didnt move and animators are starving thanks to motion capture.” The informant, is an animator, though “not a starving one” but she does “have starving friends thanks to motion capture.”  She also was opposed to motion capture on a technical level:

The effect is similar to mascots walking around Disneyland with giant hats. They move natural but it doesnt make any sense with the character shape because you have to  if the character has a giant head and is a penguin or something they should not move like a human being! But they do and motion capture looks really gross.”

She then repeated that “animators are starving” because of motion capture.

The year before the pinata was the bee from Bee Movie, though it was not motion capture it was just a bad silly movie. Besides everyone likes killing bees. Theyre an endangered species. You cannot hit bees in real life so we make piñata bees,” the informant told me.

I think this is pretty clearly a cathartic tradition. The animators are frustrated that they are getting put out of the job by this, as they consider it, second rate technology. They cannot take any direct action against the inventor and users of motion capture, but they can make a pinata that represents all of that and beat it with a metal bat.

I would argue that this example of a holiday tradition is an interesting twist on the practice of beating or burning effigies of political figures in order to protest their policies or actions. The same day the informant was telling me about her Polar Express pinata, protesters in Pakistan were burning an effigy of American President Barack Obama as well as the American flag to express their anger regarding the recent US attacks on tribal Pakistani areas (Rodriguez). The anger toward the figure-in-effigy in both cases is clearly there. The bitterness in the informant’s voice as she talked about her friends that couldn’t get a job because of the widespread use of motion capture tells us that her mental state in beating the Polar Express pinata was more akin to that of the Pakistani protesters than a child having fun at a birthday party. Seen in this light, this tradition is surprisingly political.