S: “So… for those who don’t know… Advent is a Christian celebration… uh… I think it’s tied in to the Twelve Days of Christmas too when you add it up, but I could be wrong… I don’t know about that… but, basically it’s the entire month of December it starts on December 1st and the day is December 25th… where you actually don’t get an advent… oh and each day you get a little… a little gift… sort of leading up to Christmas. But on Christmas day, you don’t get a little gift for Advent, you get your Christmas gifts. Um… and that… for me at least, started when I was… well as long as I can remember with my mom. And she would have an Advent calendar and we would open that up and… I think she had clues for us, if I’m not mistaken… and we would go find the little gift. It was was usually like a piece of chocolate for each of the three of us, I had two brothers… uh… nothing big… and maybe on the weekend a toy… but you know, nothing massive.

And that carried over when I first had, at least for me, I don’t know about my brothers, I’m sure it did, knowing my mom… but when I had my first kids, I started to get a box in November… from my mom… around Thanksgiving time… with all of the gifts and clues to go with them for the 24 days leading up to Christmas. So all I had to do was put the clues in the Advent calendar and run the process, and all my kids loved it… well of course my mom passes away a few years ago and… a couple years before that, I think actually, I started doing the clues myself and getting the gifts and what not.

S: “Well, it’s a shame, I don’t remember what they were like as a kid. But what I do now… um… I either do a little sort of rhyming scheme sort of couplet thing… or I do a riddle… or I do something to do with the number of the day… umm or some combination of that stuff. Plays on words all the time ‘cus that’s sort of riddling. As [my kids] have gotten older I’ve tried to make it a little more challenging to figure out what it is and hidden them a little bit more… they used to be in plain sight way more often than they are now.”

S: “One clue for the three [kids]. And [my kids] actually rotate, [they] decided to go youngest to oldest… uh [the youngest] does the first, [the middle] does the second, [the oldest] does the third and then [they] rotate through. Uhh…”

Me: “Reading the clues?”

S: “Reading the clues out loud. And then everybody… well it depends what kind of mood people are in… some days [my kids] decide to sit and not participate and sulk, but most days all three of [my kids] go and look, and of course mom, when she figures out the clue, can’t hold herself back and has to yell out where it is ‘cus she’s so proud of herself for figuring it out.”

Daniel is a first year analyst at a prominent Manhattan based investment bank. He grew up in Northern California from a predominantly irish background

“Each year around Christmas time my grandfather would take us to this little nut shop in San Francisco. The shop was extremely small and barely had enough room for two people to fit between the door and the giant glass case of nuts. It was run by this tiny Russian lady who looked like she was birthed from a matryoshka doll.  We would always buy cashew butts, the broken pieces of the cashews, because they were much cheaper. But somehow a few full cashews always snuck into the bag. Those were the best nuts. Not cause they tasted better but cause they were special.

The shop closed and I’m pretty sure it’s a hat store now. But I always think about it whenever I have cashews.”

The informant truly performed this piece of folklore when it was collected with large gesticulations and a more dramatic voice than normal. Additionally, the use of the specific russian word matryoshka is interesting because it is the russian word for what are commonly referred to as  russian nesting dolls in the United States. The informant has no russian heritage which adds to intrigue of where he learned this word and why he decided to use it when most of the americans to whom he was performing the piece were not aware of its meaning. 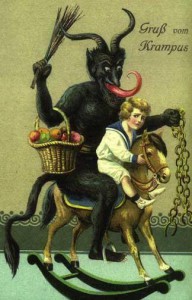 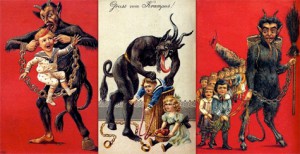