Context: Gathered from one of my roommates once he found out about my collection project.

Background: My roommate comes from “a long lineage of Scottish kings and clan leaders of a certain group of isles.”

The Tradition: In Scotland, the ritual for naming a child in a family line, particularly if they’re royalty, is to simply add the prefix “Mc” or “Mac” to the name of the father and make that the child’s surname.

(Note: The proper spelling of the surname “Sworely” is unknown.)

Analysis: I found this Scottish process of naming is most comparable to the Vikings’ method of creating the “____son” surname (Ex: Lief Erikson, or Lief, Son of Erik). I put a little research into the claims my roommate made, and the only thing I found off about the whole thing was that the names mentioned above are in fact “MacDonald” rather than “McDonald” (I kept the piece above as is for the sake of putting down what I was told by my roommate). 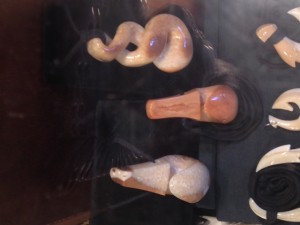 I was talking with my Austrian roommate about national legends when she offered me this one, a piece of her friend’s hometown’s legendary history.

Another Austrian legend that I know is one that is based in my friend’s hometown, which was once the last town to be occupied by Turkey. This fact is a very big part of her town’s history. They have signs and everything, as they were the only ones left standing during the Turkish invasion and occupation. And I remember this story. There was a king named Lowenerz, who was caught by someone and thrown in prison. Lowenherz began to sing a song that he used to sing with his friend. Lowenherz’s friend walked and walked and walked until he finally heard Lowenherz’s singing the song they always sang together, and rescued Lowenherz.

I did a bit of research, and found that the translation of Lowenherz is “Lionheart.” I was quite surprised when I found out that Lowenherz most likely referred to King Richard the Lionheart, the English King who went on the Crusades during the 12th century. Digging into his life, I found out that the Lionheart was imprisoned in Austria where he wrote a song that detailed his feelings on his capture. He was essentially ransomed by the European royalty to his brother King John. I find it interesting how the historical account of what happened to the Lionheart became changed, twisted, through the retellings of the story. Historically, the Austrians were the “bad guys” per se, the ones who had captured Lionheart and held him captive, but in my roommate’s version of the story, it is the Turkish who are the bad guys who captured Lionheart. To me, this shows how legends and stories can be created from factual events, of how the times changed. Lionheart was, while not overtly antagonistic of Leopold V, who was from Austria’s first ruling dynasty, was not exactly buddy-buddy with him either, and this story shows how the same story, simply told from a different tellers’ viewpoints,  can be twisted by the tellers into showing the teller’s people as being in the good, while another’s viewpoint shows them in the bad.

There once was a King with three sons.  He was about to die so his dying wish was to have one of his sons succeed the throne after him.  However, he couldn’t decide which son to choose, although they all wanted it.  Since he enjoyed food, he said to his sons, “Whoever brings me the tastiest food he made from Vietnamese ingredients will become king after me.”  So the sons set off around the world to find the best food.  One son traveled to the mountains to bring back boar meat.  The second son brought back the tastiest fish from the South Sea.  The third thought long and hard about what he should bring to his father.  On the final day, he brought two simple rice cakes, which looked very plain when compared to the expensive dishes his two brothers had brought.  When the king asked the youngest son to explain why he had brought such simple dishes, the son explained that rice is the most valuable food in Vietnam, although it is very abundant.  The round rice cake represented the sky under which all the Vietnamese lived, while the square rice cake was stuff with beans and pork to represent the Earth that they live on (back then they still believed that the Earth was square). Each rice cake was made to represent the love that the son had for the King as well as Vietnam.”  After everyone heard this explanation, they knew that the youngest son would be the next king, and they all bowed down to him.

The informant first heard this story when he was a teenager, although he doesn’t remember who told it to him.  It was during the Lunar New Year (Tet) season because the Banh Chung and Banh Day (square and round rice cakes) are traditionally made and eaten during this time of the year.  During this time, families make Banh Chung and Banh Day and travel to their relatives’ houses, giving these cakes as a gift of love and caring for one another.

The feeling of receiving these rice cakes is a feeling of love and belonging to a group of people who care for you.  Because of this, the Vietnamese people have carried this tradition across the Pacific Ocean to America and still do this during the New Year season, maintaining the Vietnamese traditions and unity of the people.  The story continues to be passed on by those who know it, generally those who are adults and can remember the story and the significance of it are the ones who pass it down to the younger generation who in turn cherish it and will later pass it down.  I think this legend, real or fake, is a good explanation of Vietnamese unity and loving spirit.