M is a 45-year-old Haitian immigrant originally from Port-au-Prince, Haiti. M is currently a body-builder based in Phoenix, Arizona.

M offered me this piece of folklore during a phone conversation. I Informed M that I was in the process of collecting folklore, and asked her if she remembered any superstitions her family in Haiti may have had.

M: When I was growing up, the adults.. from Haiti had a saying that if anyone sweeps under your feet, with a broom.. you will never get married.

Reflection: Though M did not provide me with many background details about this fascinating bit of Haitian folk belief/superstition, I can at least try to interpret its meaning based on historical context. I have heard that in post-colonial and post-slavery nations like Haiti, there is a common marriage tradition in which the bride and groom each jump over a broom during their wedding as a good luck ritual. Assuming that the broom’s association with luck and marriage remains consistent across Haitian folklore, it may be fair to interpret the sweeping broom in M’s account as the antithesis of jumping over a broom, as doing so literally ”sweeps away“ the luck of getting married from underneath an unlucky soul’s feet.

Me: So, what are these foods that you’re describing?

DH: Uhm… Sals is leftover pig parts— I don’t know what parts specifically. Uhm, it’s good… Chitlins is really more of a Southern delicacy now, but it used to be… I’m pretty sure that’s just pig intestines and all that, right?

DH: So, the reason that black people eat that is, you know, back in slavery, the owner would give you whatever they had left… You gotta eat something… I’ve never eaten chitlins, but…

Me: Have you had family members who have eaten it?

DH: My dad. Uhm, mostly every family gathering—you know like Christmas, Thanksgiving—they’re gonna have that at somebody’s house.

Me: … It’s interesting too, because I’m pretty sure my mom eats chitlins as well and so does my dad, occasionally.

DH: It’s really more of like a Southern thing.

Me: It’s interesting how it’s evolved in that way.

This was performed over FaceTime with one of my best friends from high school, who is African-American. She lives in Brandon, Mississippi, a small town right next to the state capital of Jackson and is a freshman studying Communications at Copiah-Lincoln Community College.

As my friend said, this most likely derives from Slavery Era practices in the American South. When slave masters were finished with their meals, they would give the scraps to their slaves. This included all the undesirable parts of a pig, and so this adaptation to ‘eating anything’ and making the most out of a bad situation was most likely necessary for survival. It was probably passed down through generations and developed as a cultural delicacy amongst black southerners. This is evidence to how people take traumatic experiences from their collective histories and evolve it into a way of embracing one’s past and culture. It has now developed more as a general Southern delicacy, right along the line with gizzards. Food that is so rich in history like this, that was once used as a way of division, is now being used as a point of connection amongst communities.

See more on ‘Ethnic Folklore’ below:

BACKGROUND: My informant, AC, was born in the US and attended boarding school in NH. AC was very active in theater and this rhyme was something that the drama department would chant before a few other students brought to their attention that it was less light-hearted than it seemed.

CONTEXT: This piece is from a conversation with my friend where we talked about our time at boarding school.

THE RHYME: Three, six, nine, the goose drank wine. The monkey chewed tobacco on the streetcar line. The line broke. The monkey got choked. And they all went to heaven in a little rowboat!

AC: Yeah — we used to chant it like, before every show for good luck. I don’t really know where we got that from but like basically I was taught it from all the older [theater] kids and I guess they got it from the people before. But I think it might be a song or something, like there’s more words.

Me: And when did you stop [the chant]?

AC: Well um, I know you already know, some people pointed out the chant might have some racist undertones. Like the monkey that got choked on the line could be — it’s almost representative of a lynching of a black person. So yeah, we don’t use that chant anymore.

THOUGHTS: This rhyme is interesting to me because as someone who also briefly did theater in high school, I would watch other students chant this backstage before a show to get pumped up. I never really knew why this was what they chanted, it seemed completely unrelated to theater, but people seemed to really like its bouncy quality. The interpretation of the song as a slave allegory makes some sense to me. “The monkey” being a racist term for a black man and the rest of the rhyme details how the man minds his business on a streetcar until he is lynched and sent to Heaven. Some students disputed the racial interpretation of the rhyme, dismissing it as harmless. But based on the tumultuous history of the school — having been built from slave labor — I wouldn’t be surprised if that interpretation held some truth.

BACKGROUND: BB is the interviewer’s mother. For several years in the 1980s, she lived on St. John in the U.S. Virgin Islands while working for the local resort.

TRANSCRIPT:
BB: “When I lived and worked on St. John, USVI, in the 1980s I heard a story about how, when there were sugar cane plantations on the island (then part of the Danish West Indies) in the 1700s, there was a rebellion of slaves that went something like this: slaves had coordinated attacks on their captors by using different drumming patterns as codes. The slaves were unaware of the naval and land coordination of their Danish captors. The weapons they used were machetes, which they were given to clear the fields. After a particularly long and bloody battle between the slaves and their captors, in which slaves were cornered at the eastern end of the island, on a high cliff above the treacherous Sir Francis Drake Channel, hundreds of slaves jumped to their deaths.
I don’t know how much of this story is true, but it always fascinated and horrified me — and that a place of such serene beauty (now) could have such a sad and tragic history.”

ANALYSIS: This is a historical event that has become interwoven with the cultural tapestry of St. John. Even though BB did not see ghosts, there’s a ghostly quality to this story, the stains of slavery now shrouded by the serene beauty of the Caribbean. For another telling of the story, see: 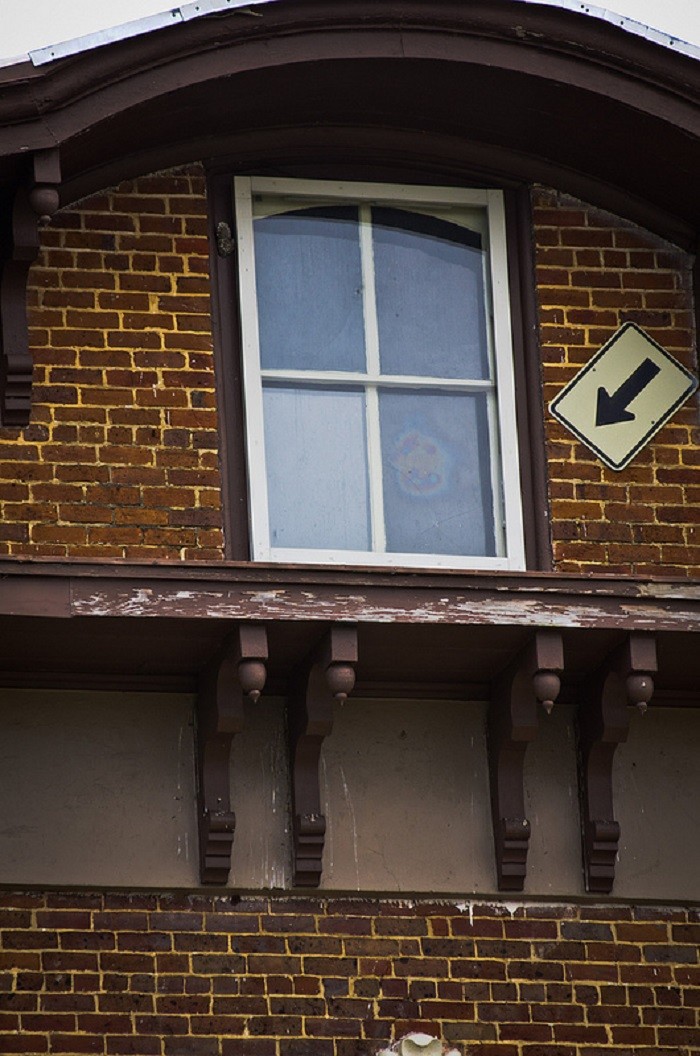